Whilst the traditional meaning of celibacy typically refers to the state of abstaining from sex before or after marriage for a long period of time – often for religious reasons – as a modern practice, it can be so much more than going cold turkey on sex.

There are a whole plethora of reasons why someone might choose to partake in voluntary celibacy at a certain point in their life. Some people explore the practice to heal from sexual trauma, recover from heartbreak or sub-par dating experiences (how long have you got?) and focus on connections that serve them rather than those that make them feel ‘less than’.

For others, it’s a spiritual calling to undo self-destructive patterns and unhealthy coping mechanisms, such as co-dependency or reliance on intimacy as a form of escapism and distraction from uncomfortable emotions they’ve avoided.

In a world of hook-up culture, unfulfilling casual encounters, and the trials and tribulations of the ‘swipe right’ marketplace mentality, it seems celibacy can offer an opportunity to unsubscribe from all of the above, happily abandoning sex in favour of mental clarity and inner peace. It’s one-upmanship on deleting all dating apps. It’s a hard pass on sex and all its subliminal implications, no matter your gender or sexuality, although it does seem particularly alluring for those of us dealing with cis-het men on the regs, we have to say. Do with that what you will.

Living a sex-free life can be impossible to comprehend for many but an increasing number of people are turning to celibacy as a self-development practice to redefine what intimacy means to them. Like journaling, shadow work, therapy or cold water swimming, it’s a tool used to nourish the relationship we have with ourselves, providing space to dismantle heteronormative ideals of attraction and love.

When sexual desire is no longer at the centre of your universe – and being desirable (namely to cis-het men) simply isn’t a measure of your self-worth – you can excavate what emotional intimacy and connection truly looks like to you, without using sex as a default medium for both. By raising your standards and creating healthy non-negotiable boundaries, you’ll never settle for anything less than the nourishment and safety you deserve, in turn, becoming the most embodied version of yourself.

Whatever your stance on celibacy, your relationship with yourself is always worth working on and staying in your own seggs-free lane to reflect on your inner world without shame is one such way to do it.

Jordan Jeppe practised celibacy for 13 months after a three-month fling left her heartbroken. Here she shares her journey to finding a deeper connection with herself and explains how celibacy became a catalyst for her healing and empowerment…

I started exploring celibacy after continuously losing myself in relationships. My heart was broken from a three-month fling and I was just starting my solo travelling journey. Celibacy wasn’t just about not having sex. It was an intentional journey of removing myself from partners, healing from the past and ultimately, becoming the person I wanted to date.

Setting an intention with celibacy helps give meaning to why you’re embarking on the journey. For me, it was to establish my self-worth in absence of men and to explore my inner world, without any self-pleasure, through committing to a self-development practice of shadow work.

This is the difference between celibacy and abstinence. Typically, celibacy refers to a longer period of time of no sex and includes no sexual relations. Abstinence, on the other hand, can mean abstaining from penetrative sex, but engaging in other sexual acts — and is often for a more limited period of time.

While it was a challenge, what was even more demanding was denying my truth of using sex as an escape. Jordan Jeppe

When I started sharing my celibacy journey on TikTok, thousands of viewers questioned why I abstained from self-pleasure for 13 months. While it was a challenge, what was even more demanding was denying my truth of using sex as an escape. For years, I used self-pleasure to avoid feeling lonely; it gave me a boost of self-worth and it also allowed me to feel numb to the emotions I had suppressed from early childhood sexual trauma.

What I teach and support in my online course ‘Celibacy: A Journey to Deeper Self Love’ is to set your own rules around self-pleasure. However, this comes with immense responsibility to explore one’s relationship with self-pleasure before choosing to abstain from it while practising celibacy. I don’t say that lightly, this act of responsibility takes courage.

What helped me see myself fully was exploring the practice of shadow work while celibate. Shadow work is all about revealing the aspects of ourselves that we suppress and deny. The shadow holds our deepest and most subtle traumas, which live within our subconscious minds. Because 95% of our reality comes from our subconscious minds, learning how to embody our shadow selves is how we truly heal and no longer attract, nor project our wounded self onto others – it is living in our authenticity.

The reason I attracted emotionally unavailable men was because it was what I witnessed growing up – it was all I knew.Jordan Jeppe

My journey of celibacy and shadow work looked like exploring the first time I was shamed for being sexual, examining my relationships with my emotionally unavailable father and questioning why I was so scared to be loved. Without ever looking at those darker parts of myself I would have never realised how distorted my definition of love and affection were, or that the reason I attracted emotionally unavailable men was because it was what I witnessed growing up – it was all I knew. This is just the tip of my list of benefits from practising celibacy. In those 13 months I healed from sexual trauma, I learned to have the confidence to say ‘no’, I felt truly at peace with being alone and when I started dating again, I had higher standards in men.

Of course, with any journey as intricate and deep as this one, there were some downsides.

At the time, I was solo travelling through Europe. There were moments the high of dating myself would dissolve. My old behaviours would urge me to download Tinder or Bumble, the thoughts would tell me I was only in Paris for so long – at times I was my own worst enemy. Then there was the fear of having to explain myself to a potential partner, or even worse being gaslighted by someone.

For me, I needed to focus on becoming the person I wanted to date first.Jordan Jeppe

To avoid that from ever happening, I had a rule of no dating while celibate. This included deleting old fling’s numbers, erasing them from social media, setting boundaries with exes and absolutely no dating apps. Similar to setting your own rules around self-pleasure, I also support my clients to choose what feels best for them. For example, if you’re someone who has clear communication and high self-worth, then dating while celibate is possible. For me, I needed to focus on becoming the person I wanted to date first.

Another popular question I receive on TikTok is how to know when to break your celibacy. To be honest, there is no right set amount of time because everyone has their own timeline for healing. One of the telling signs for me was this innate feeling that I was ready to put what I had intentionally spent so much time working on to the test.

That strong feeling put me back on the apps and out into the dating world again, but not without my non-negotiable list. This list was something I constructed while celibate and contained everything I wanted in a partner. It was my guideline for my next partner, it made saying ‘no’ easier, it helped reinforce my boundaries and it wasn’t until a man checked everything on my list –  that I was intimate again.

When I think back to that moment of wanting to explore celibacy for the first time it was not only an intuitive hit within my body telling me this is what I needed, it was also my life coach putting a mirror right in front of my face. She knew I was just ending a three-month fling and her words hit me right in the chest: “as soon as you let your boundaries down with someone you completely lose yourself.”

She told me the truth and while it stung with honesty, I needed to hear it. Often we fear we cannot deal with what we see. Our patterns of destruction, low self-worth and codependent tendencies keep us from experiencing deep love – not with others, but with ourselves.

Celibacy, paired with a self-development practice, has the ability to return the power back to yourself. The exact power you were born with and what your authentic self is craving to be. I hope this piece serves as a mirror for whoever needs it.

If you’re interested in finding out more about celibacy or you’re wondering if it’s the right choice for you, you can sign up for Jordan’s journey to self-love online course at a special discounted rate here. 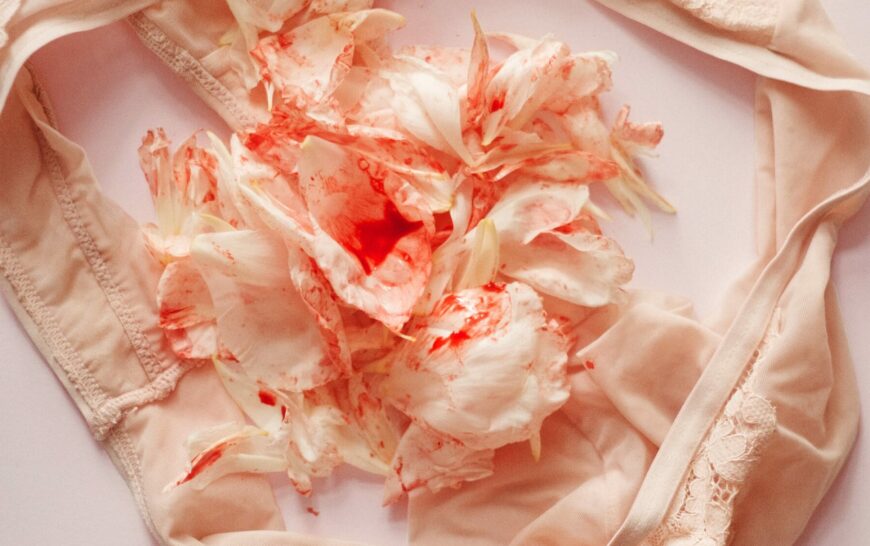 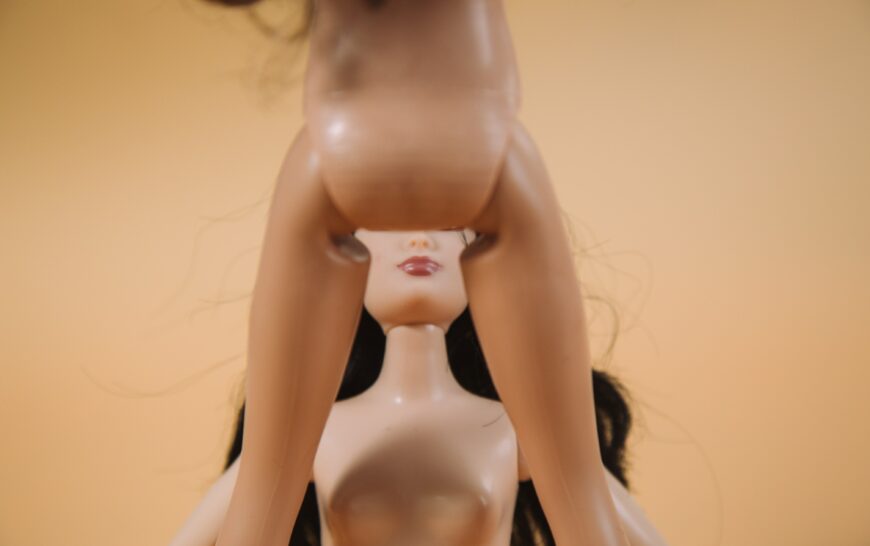