With the pandemic, the climate crisis, Brexit and the general sense of unease gripping the nation, perhaps it’s no surprise we’re searching for certainty and looking to clairvoyants to demystify this crazy little thing called life.

At this point, we’ll take all the guidance we can get to remedy the last 18 months of existential dread and lockdown limbo – tarot readings, Co-Star, yoni mapping, crystal healing. Sign us up for the lot.

Whether you’re a straight-up believer or you err on the side of pessimism, there’s no denying that being able to communicate with spirits is a top tier conversation starter and a topic people have been both fascinated with and bewildered by for years.

Regardless of what camp you fall into, there’s something comforting about believing the idea that life is so much more than what we can see in front of us and there are greater spiritual powers at play in each of our fates and fortunes.

From how they realised they had psychic ability to casually chatting with ghosts and the most common question they get asked during readings, here’s what happened when we spoke to people who identify as clairvoyant!

When and how did you first discover you had a psychic ability?

My parents discovered it first. When I was around 2 years old I told my mum I was to have a little sister or brother. Startled, she asked me who’d told me that? “God told me” I answered cheerfully. She’d just discovered she was pregnant and had told nobody. She, sadly, wasn’t able to keep it due to health issues.

Can you learn to be psychic or do you think it’s a gift you either have or you don’t?

I think it’s something everyone possesses and are able to train and open up to. Some are just born more open to it than others.

What does being clairvoyant mean to you personally and how has it guided your own path in life?

It’s given me a different outlook on life. It’s made it impossible for me to doubt the spiritual and a higher meaning which gives me a lot of hope. I listen to my intuition to see if I’m on the right path in life with my decisions. An example of this was when I suddenly could see in my mind’s eye that I was going to get a boyfriend “next march”. 7 months later, March was approaching, and I still had no prospects. I didn’t understand that feeling, yet I couldn’t shake it. Turns out the mysterious boyfriend was someone I’d known the whole time but never met in person. On the 15th of March, he asked me to be his girlfriend, it’s 3 1/2 years later and we now live together.

What’s the biggest misconception about clairvoyance?

I think it’s that you know everything about everybody and see everything that’s going to happen. It’s very different from person to person what you can and cannot see, and what you open up to seeing. Some clairvoyants use it as a profession to read and help people, some use it to see things on a bigger scale – such as natural disasters, etc.

Another misconception is thinking that someone’s a fraud if their predictions don’t come true. Everyone has parallel future paths, so when a psychic predicts something in your future, they are looking at the strongest path that you’re currently manifesting. This is why some predictions don’t come true, as you can always change the course of your future if you decide to do something unexpected.

What’s the most interesting message you’ve had come through / Is there a particular reading that stands out for you?

A few times I’ve been alerted of death before it’s arrived. The first time this happened – I was around 5-6 years old. I was brushing my teeth at night when it suddenly fell into my head that somebody my family knew was going to die this week. I was very confused and didn’t tell anyone. A few days later I heard my mum talk with my sister in the kitchen. The son of my mother’s friend had unexpectedly died after a routine operation on his wrist. He passed in the night from the anaesthetics.

How do you respond to sceptics who may question your authenticity, especially if it’s friends and family?

I don’t need to prove myself and I don’t need anyone to believe me if they don’t want to. I’m not out to shock people or get a reaction. This is my reality and that is good enough for me.

Often when you get a reading, you’re told you won’t find out anything negative or scary does that mean you don’t receive those messages or you simply don’t choose to share them?

I think it’s different for all clairvoyants, but generally, you set an intention before reading someone and you go from there. Sometimes the clairvoyant is shielded from those things as well, other times it’s just not something that would be beneficial for the recipient to know.

How has your gift changed your outlook on life and death? Has it helped you process hard experiences in your personal life?

It definitely helps give me hope and makes me feel less alone. I know I am surrounded by guardian angels that will help me if I let them. Everyone can ask their guardian angels for help, simply say “I give my worries and problems to you, please help me with this situation”. Sometimes we hold our difficulties too tight, feeling we have to fix them ourselves, and we don’t allow our helpers to assist us.

Has someone you know ever tried to communicate with you?

My grandmother passed when I was 3 years old. Growing up I had dreams of her visiting, talking with me, and I really think she was visiting then. Later I did a reading of her to my mum, so they could communicate with each other.

Can you see the people you’re communicating with or is it just a voice you can hear?

This is different for everyone and some can choose if they want to see and how much they want to see. Personally, I am able to see them, but since I don’t like seeing faces – I focus more on their shape. It’s a different kind of “seeing” and it’s different from imagining something in your mind. It’s a feeling and it’s something I can sort of just tell.

What does it feel like to sense/communicate with a spirit?

When I was little, it scared me a bit, but now I set the intention that I don’t want to communicate with or be around any negative spirits. The actual communication part feels like “turning up” my awareness. I relax, clear my mind and listen to what falls into my head. It is just like asking a question and waiting for someone to answer. If something comes to mind before you had the chance to think, that’s a tell that it was communicated to you from above.

Can you control when to receive messages and shut off from them? It must be pretty exhausting trying to live a normal life otherwise, right?

This is also different from person to person. I am able to turn it off and when I turn it on it feels like I’m being more aware of my surroundings. Like I’m paying attention now and listening. When I was younger, messages tended to fall into my head, now it’s more a feeling like there’s a message pending that I then choose to open up to.

What’s the most common question you get asked during a reading?

I don’t do readings for people very often.

What’s the best bit about having psychic ability?

For me it’s feeling like I’m not alone and that I can reach out when I need comfort or answers. It’s reassuring me that there’s more than just this 3-dimensional life since I’ve always had a sensation of missing a “home I can’t remember”. It’s really exciting to explore the spiritual and there are so many areas and directions that you can do that in.

Sometimes it’s hard to keep grounded and live life in the moment. It can also be annoying when I predicted something but didn’t write it down so I have no actual proof that I knew beforehand.

When and how did you first discover you had psychic ability?

Can you learn to be a psychic or do you think it’s a gift you either have or you don’t?I’m sure most people have some measure of psychic ability, but (as with most early talents) it gets buried beneath ‘normal life’. Society and religion impose expectations that most people conform to.

What does being clairvoyant mean to you personally and how has it guided your own path in life?

I’ve learned to trust my gut feelings. Our subconscious has a fantastic ability to collate information, even subtle clues that we’re not immediately aware of. We rationalise that as ‘intuition’. But – and this is the huge ‘But!’ – there are times when that intuition comes from a place outside of these mechanisms, and that’s the really interesting thing. It led me to study the subject as rationally as possible, and also try to objectively pay attention to my ‘gut feelings’.

What’s the biggest misconception about clairvoyance?

That there is even such a thing as ‘clairvoyance’! For me, it’s all part of a bigger subject called ‘psi’, and it’s got absolutely nothing to do with dead people.

How do you respond to sceptics who may question your authenticity, especially if it’s friends and family?

I learned early on that it’s better to volunteer nothing, and if the subject is broached, to be very cautious about how one talks about it. There is a lot of resistance to the idea – I’ve encountered quite irrational reactions! It’s worth remembering that just a few centuries ago, witch-hunting destroyed countless lives in the most horrific ways…

Is there anything to look for when you’re thinking of consulting a medium? Any red flags to watch out for if someone feels particularly vulnerable and doesn’t know where to start with finding a genuine clairvoyant?

I don’t trust anyone who claims to be a ‘medium’ (or any of the associated terms). You have your own psychic ability: nurture it, and trust your own feelings. I strongly believe that psi abilities manifest themselves when powerful, personal emotions are involved – good luck trying to find that in someone who expects money in exchange for their services.

What’s the best bit about having psychic ability?

For me, it’s just a layer on top of everything else that I sense and do. Following my feelings is intrinsic to my life.

Knowing when to trust it, and trying to tease out other impressions that might arise from other sources. 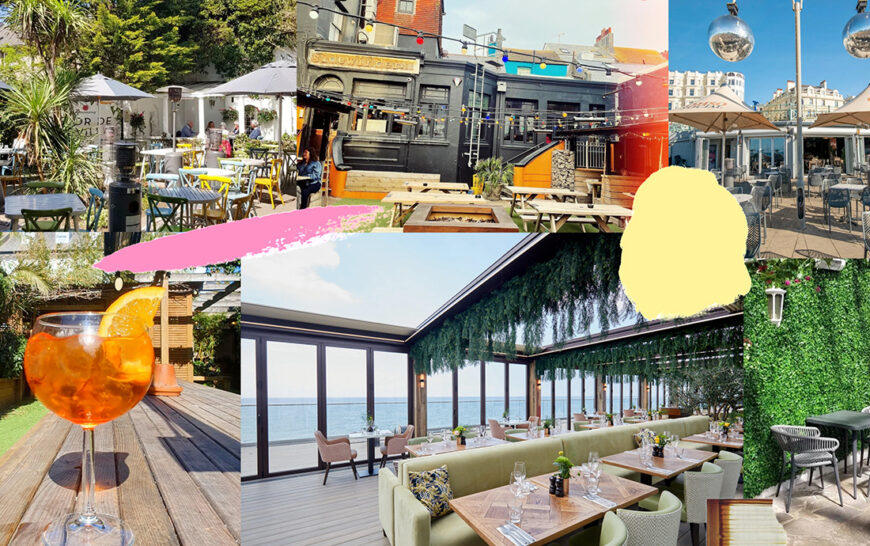 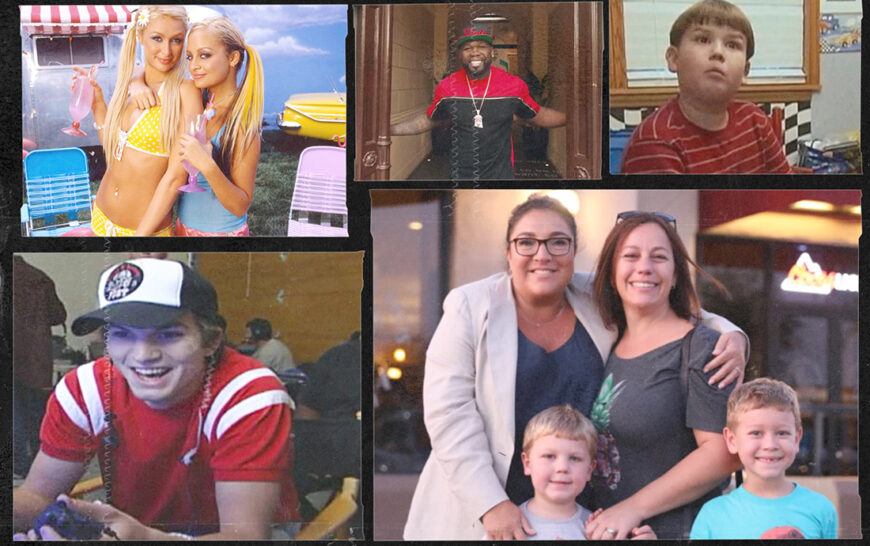