Fancy some paranormal activity with your staycay? Then you’re in the right place.

Kick your pumpkins to the curb and hang up your fright night attire, if you really want some supernatural thrills, head to one of these spooky haunts for Halloween and you just might end up with more company than you bargained for.

From angry duchesses to troubled German princes and butlers with unfinished business, you probably won’t catch one wink of sleep in these eerie guesthouses but it’ll be worth it for the ghost stories.

The former girls’ school run by nuns is said to be occupied by the ghost of one of the young nuns who tragically took her own life when she fell pregnant. Upon finding her body, the nuns bricked her up in the wall to hide the scandal, never to be mentioned again. It wasn’t until the hotel was damaged by a bomb during WWII that her skeleton was discovered. Since then, a figure dressed in a brown habit has been spotted several times with most reported sightings happening in room 160.

Supposedly one of the most haunted inns in the UK, this place is renowned for its resident ghosts and atmospheric chambers. Once used as the headquarters of the notorious Hawkhurst smugglers who reigned terror in Rye, the centuries-old inn now attracts ghost hunters and history buffs alike. From bottles smashing in the middle of the night to a rocking chair swaying back and forward of its own accord, previous guests have reported a number of ghostly goings on at this quaint old boozer. If you want good ale with a side of supernatural, you know where to come!

This 17th century house is poppin’ with paranormal activity (15 ghosts to be precise) and it’s not just limited to human apparitions either. It’s said to be haunted by a King Charles Spaniel who can be heard skittering across the floor in certain parts of the house. Although you can’t stay at the house, visitors with a penchant for the hauntings of Ham House can partake in one of the candlelit ghost walks through the house and gardens where you’ll hear all about ghostly goings on past and present and the restless spirit of Elizabeth Murray, Duchess of Lauderdale, who inherited the house from her father in 1655.

📍The Chamber Apartment – Flats for Rent in York, North Yorkshire

Dubbed Airbnb’s most haunted property in the UK, the Madness Chamber is over 650 years old, tucked away in an ancient courtyard where the first Norman house was built back in the 12th century. Featuring a four-poster bed, wood panelling, oodles of creepy taxidermy, a Ouija board on the coffee table and an actual ghost detector by the armchair (who needs a remote when you can Poltergeist and Chill?), ghostbusters will be right at home here.

The Haunted Bedroom at Talliston

If having the living daylights scared out of you by a dead Edwardian boy is exactly what you look for in a weekend away, then the master bedroom in “Britain’s most extraordinary home” will tick all the accommodation boxes. The low-lit haunted chamber should have all the fear factor you’re after with its crucifix-adorned walls, heavy drapes, hand-carved angels and eerie ephemera. Expect unexplained sights, sounds and smells and things that go bump in the night. Oooo!

London’s first purpose-built luxury hotel isn’t just famous for its sumptuous rooms and 5 star grandeur, it’s also thought to be the most haunted hotel in the city.

A ghostly well-dressed Victorian gentleman with a cloak and a cravat is often seen pacing room 333 but only in October. Catch him while you can!

Much like spiders, where there’s one ghost, you can pretty much guarantee there will be others – the most active ghost in The Langham is said to be a German prince who was thought to have met his death when he jumped out of a fourth-floor window in a military jacket. He’s also a huge fan of room 333. Book it at your peril.

If your idea of a restful staycay is goosebumps and mysterious drops in temperature, then The Black Swan Hotel could be the perfect hostelry for you. This creaky 15th-century merchant mansion has bags of character and is home to several ghosts including a gentleman in a bowler hat who appears to be waiting for someone at the bar, tutting and fidgeting.

Another frequent visitor is the ghost of a beautiful blonde woman thought to be a jilted bride, who stares into the fire. A phantom highwayman in riding boots and a long black coat known as Jack regularly appears in the kitchen – previously this area was the original stable yard. At night, staff can often hear him singing along to Irish folk songs in the corner of the bar.

If that wasn’t enough action for one spook-cation, a number of guests and staff have also reported a pair of legs wandering around the property and disappearing up the stairs!

Named as one of the most haunted stays in Wales this beautiful Grade II listed building originally built for ironmaster John Dickin in the 1800s makes the perfect spot for spooky sightings. You can stay at the property in the hopes of finding a few different ghosts, including a woman in a rustling dress as well as a gamekeeper. Be sure to keep a lookout for the mysterious green mist that rolls over the property and try and listen out for children laughing. You can even get married at Tyn Dwr Hall for partners who have a penchant for poltergeists!

Now a luxurious hotel and spa, Dalhousie Castle Hotel has a dark history. The 13th century fortress is regarded as one of Edinburgh’s most haunted places and one of the spookiest places in the world. The most frequent spectre is said to be the lovelorn Lady Catherine, known as The Grey Lady, who reportedly died of a broken heart at 16 after being caught with a stable hand and imprisoned in one of the turrets by his vengeful wife. She can now be heard tapping on doors, stalking the corridors and sometimes even sat at the end of a bed.

If you’re a paying human guest and not a huge fan of ghost stories, there’s plenty more to see and do. You can dine in the deep dark walls of the dungeons, try your hand at archery, relax in the aqueous spa, sink into a chair in the oak-panelled Library with a wee dram of whisky or get hands on with the feathered friends of Dalhousie under the guidance of the castle falconry.

Fans of Game of Thrones will love all the filming location spots around beautiful Ballygally Castle in Northern Ireland. The castle is famous for being haunted by a certain Lady Isobella Shaw, who was married to Lord Shaw whilst they were residents in the castle in 1625. It’s thought Isobella fell out of a window whilst trying to escape after her husband locked her in a room after giving birth to their son. Expect to see her walking the halls during the night in search of her son, gruesome!

The landmark hotel dating back to 1914 has had its fair share of spooky incidents. The ghost of Raymond Brown, a 15-year-old boy who died after he became trapped in the baggage room lift, has reportedly picked up the luggage belonging to guests and carried it off before vanishing. There’s also a phantom pickpocket on the loose who has been seen rifling through belongings in the early hours. Alexa, play Rockwell Somebody’s Watching Me.

Baskerville Hall was built in 1839 by Thomas Mynors Baskerville for his second wife, Elizabeth, and is also thought to have inspired the classic Sherlock Holmes story The Hound of the Baskervilles! A noisy night may be ahead of you if you choose to stay at Baskerville Hall, with many visitors reporting hearing lots of banging and footsteps, you might also spot The White Lady in amongst the rose garden too! 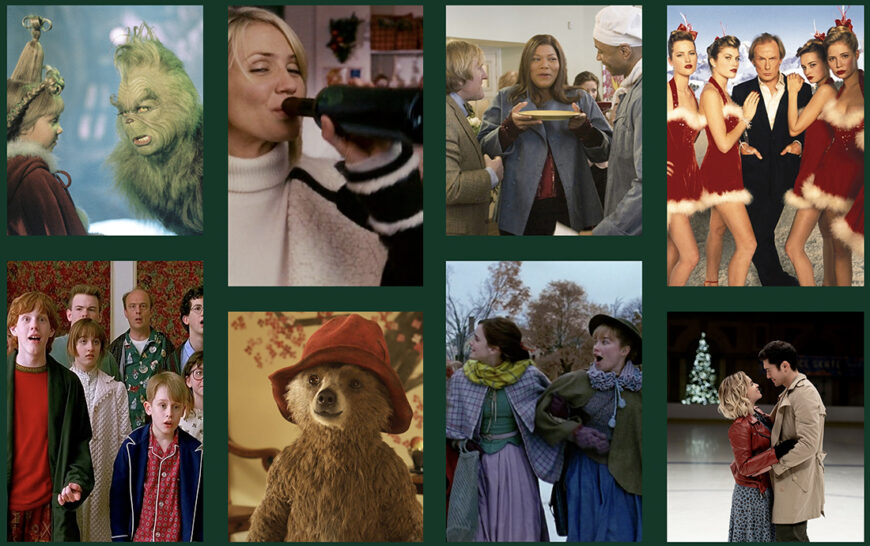 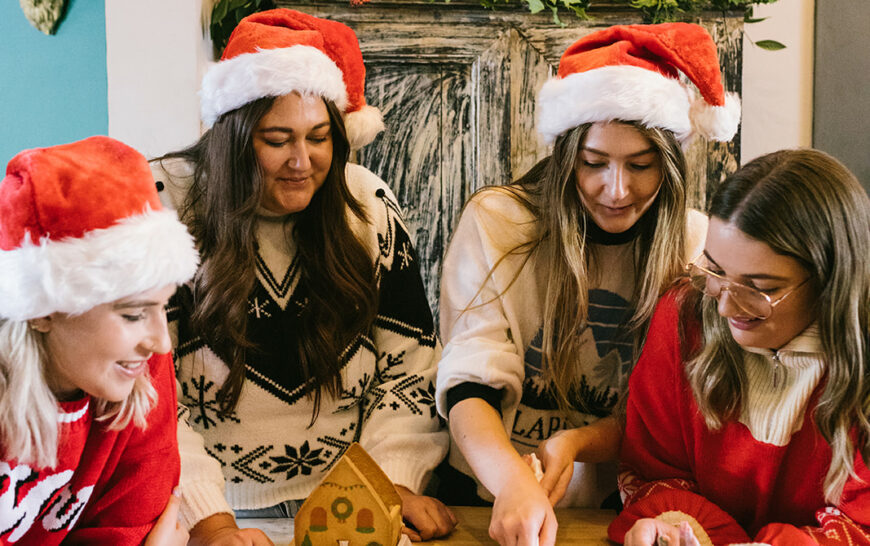 How To Make The Most Out Of December 2021 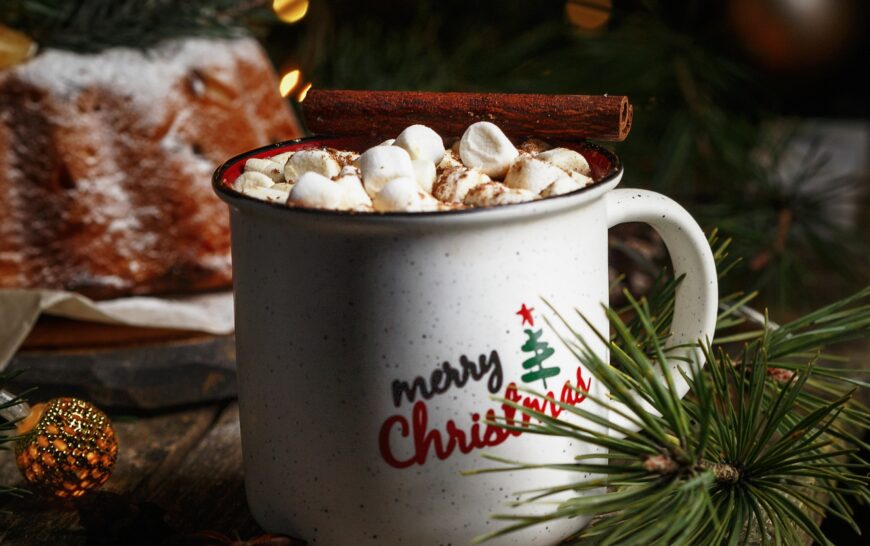 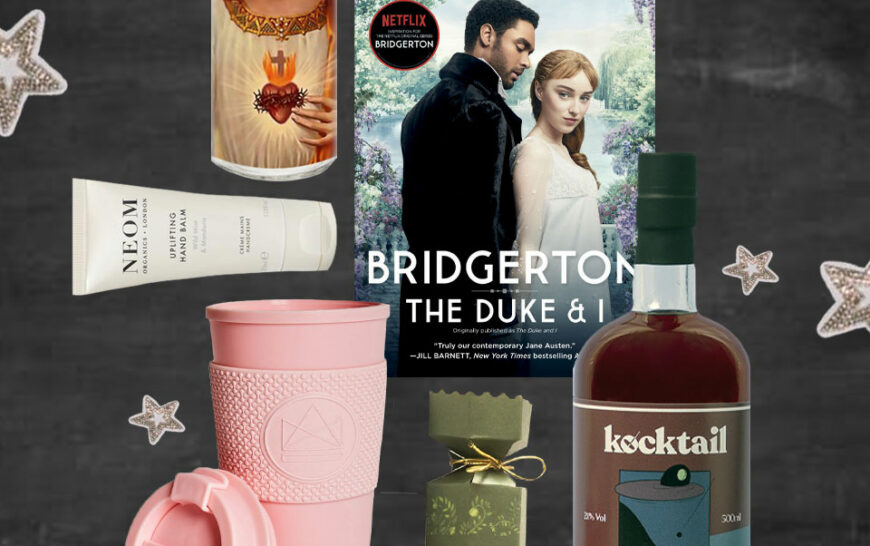 30 Dirty Santa Gifts The Whole Family Will Want To Steal