Nancy Johnson’s, The Kindest Lie, tells the story of Ruth Tuttle, a young black Yale-educated chemical engineer tethered to her past by a burning family secret not even her husband knows.

Touching on race relations, family ties, motherhood, class and what it means to be black in America, Johnson’s timely debut novel is a heartfelt portrayal and a deeply necessary book for all readers.

If you’re looking to diversify your reading list by exploring new voices and learning about perspectives and cultures that differ from your own, The Kindest Lie is a great book to pick up.

Here’s a reminder of the blurb and a look at the team’s reviews for this dazzling debut.

A promise could betray you.

It’s 2008, and the inauguration of President Barack Obama ushers in a new kind of hope. In Chicago, Ruth Tuttle, an Ivy-League educated Black engineer, is married to a kind and successful man. He’s eager to start a family, but Ruth is uncertain. She has never gotten over the baby she gave birth to and was forced to leave behind when she was a teenager. She had promised her family she’d never look back, but Ruth knows that to move forward, she must make peace with the past.

Returning home, Ruth discovers the Indiana factory town of her youth is plagued by unemployment, racism, and despair. As she begins digging into the past, she unexpectedly befriends Midnight, a young white boy who is also adrift and looking for connection. Just as Ruth is about to uncover a burning secret her family desperately wants to keep hidden, a traumatic incident strains the town’s already searing racial tensions, sending Ruth and Midnight on a collision course that could upend both their lives.

Powerful and revealing, The Kindest Lie captures the heartbreaking divide between Black and white communities and offers both an unflinching view of motherhood in contemporary America and the never-ending quest to achieve the American Dream. 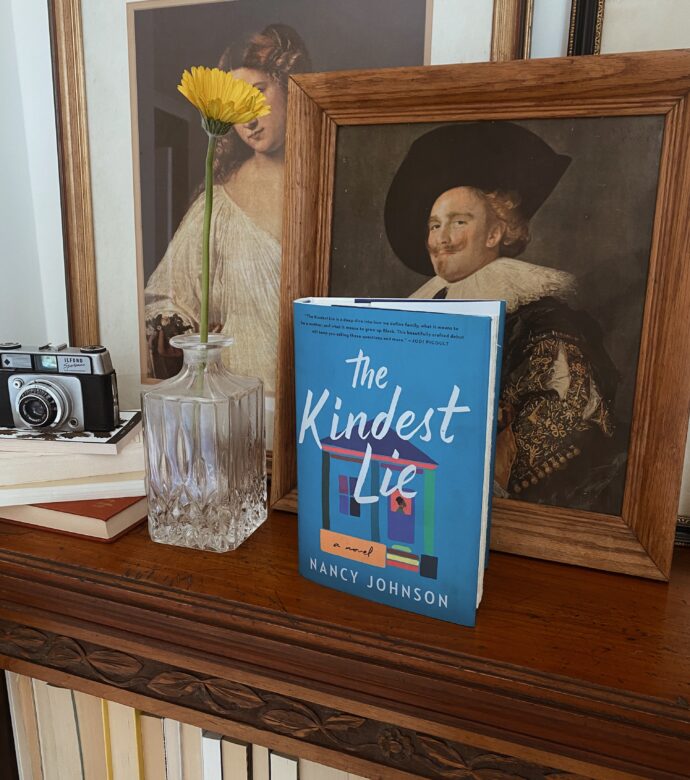 All the praise for Nancy Johnson’s debut novel. I love a complex and messy familial story and this one is raw, timely and nuanced. The Kindest Lie is set in a factory town in Indiana, 2008 when Obama has just been elected president and America is on the precipice of great change, which provides an interesting and poignant backdrop for the themes in this novel to play out. The author deftly examines issues of racism, class and identity in contemporary America – it’s the kind of story every white person should read at least once. Nancy Johnson has a gift for dialogue and has created a story with vibrant, beautifully flawed characters that will stay with you long after you’ve closed the book. She is a voice to be celebrated and I can’t wait to read more of her stories in the future. 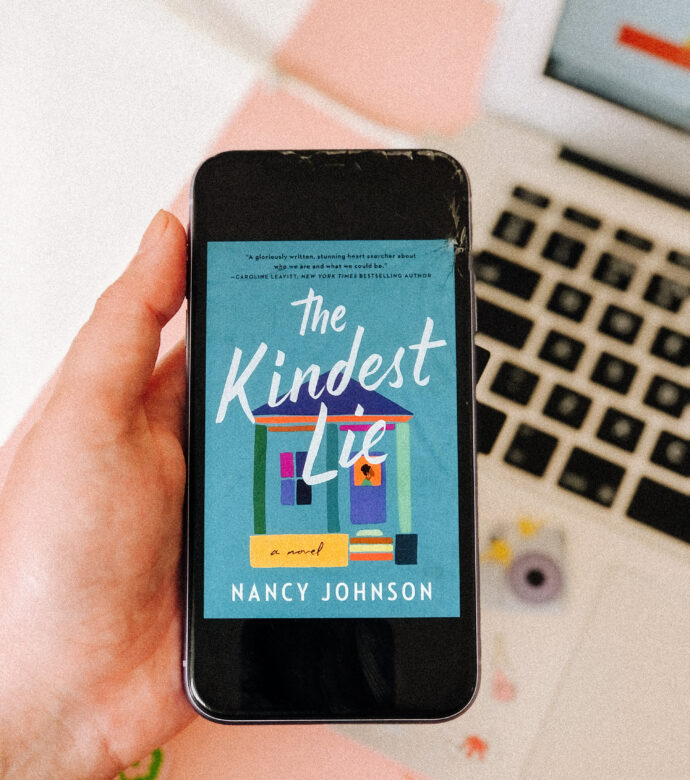 The Kindest Lie is absolutely one of those books that leaves you thinking, it has made an impression on me and I don’t think I’ll be forgetting it in a hurry. The book is set in the time that Obama has been elected as president and I actually find a lot of comfort in the mid-late 00’s era I suppose because it wasn’t too long ago but also feels like a different time. The book also spends time in the midwest which is a part of America I’ve never visited (usually on the east or west coast, the tourist spots) It was so interesting to picture life in Indiana which often isn’t depicted in Hollywood movies or Netflix shows. The book addresses topics such as race, class, family dynamics and poverty in such an intelligent way, with characters who have faults but are still completely likeable. The Kindest Lie is what I would call a ‘builder’ where you’re kind of waiting to get to the end to have the story cleared up but let me tell you it does not disappoint and I found the read as a whole very satisfying. I’ve always found the great recession interesting so I was really intrigued by the aftermath and how anger and unemployment swells and intertwines with American politics. 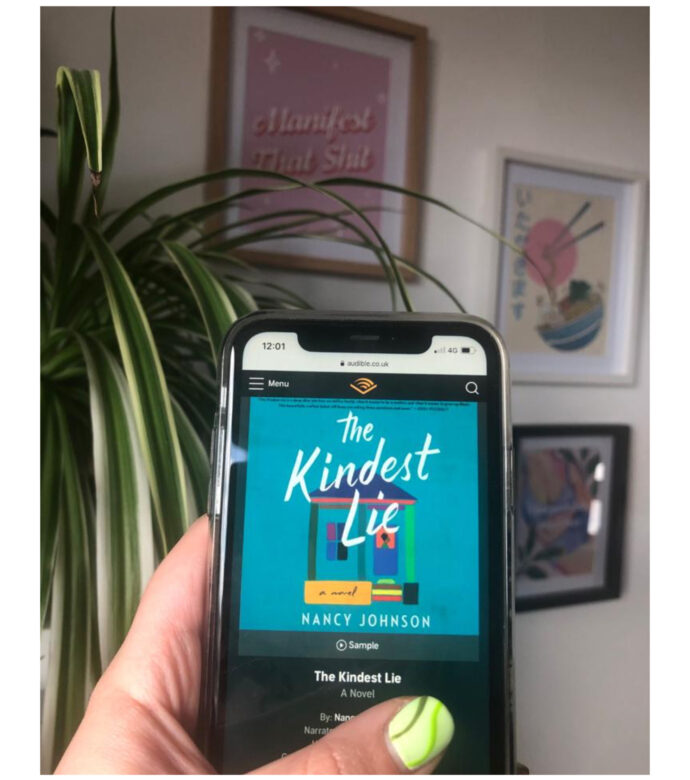 Wow what a debut novel from Nancy Johnson! Set in 2008 when Obama had just been elected as President, the book centres around the hope this brings for a new America. Ruth, the protagonist, returns back to her hometown Indiana after keeping a huge secret from her husband Xavier for years. I loved how this book explored so many difficult relationships; Ruth is a friend, mother, sister, wife, she is so many things and I really enjoyed how these are all touched upon throughout this novel. This book tackles topics such a race and class so carefully, but so effectively. Truly brilliant read, by the end I was crying and realised how invested I had become! Would definitely recommend it to anyone looking for a new book to get lost in. 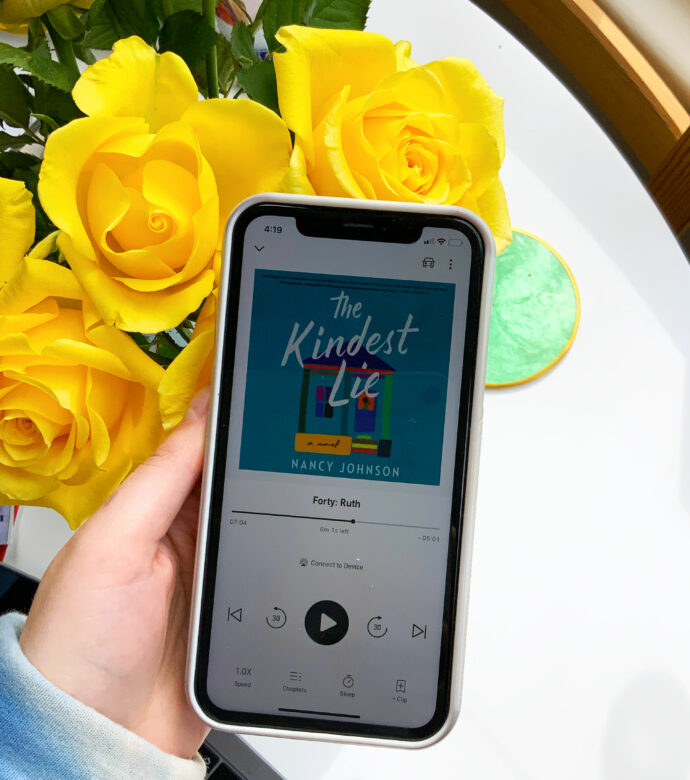 I loved Nancy’s Johnson’s writing style and the ease with which she is able to set the scene and make the reader feel like they have been picked up and dropped into the storyline itself- it feels even more impressive knowing The Kindest Lie is her debut novel! Despite that, I have to say I wasn’t gripped by this book and didn’t feel myself drawn to picking it up in the same way that I have with other books I’ve read this year. I’ve come to the conclusion that I look for true escapism in a book and perhaps because I’ve had a lot going on this month I didn’t find that in The Kindest Lie because of its somewhat heavier subject, but that doesn’t make the themes and issues raised any less important or interesting to read about.

One thing I did love about this book was the setting! For some reason, I don’t read a lot of books set in America and the time period of the 2008 American election was a really interesting one. Nancy really captured the emotion and magnitude of this event amazingly and I found that to be a great backdrop to the general storyline. I didn’t feel an intense draw to many of the characters but I did love hearing the dual perspective of both Midnight and Ruth, particularly because of their differing experiences and ages. It’s definitely one to read if you’re interested in American history as it gives a great feel for the US, but personally, it didn’t always hit the spot for me.

Rating: 3/5
Would you recommend it? To the right person, yes! 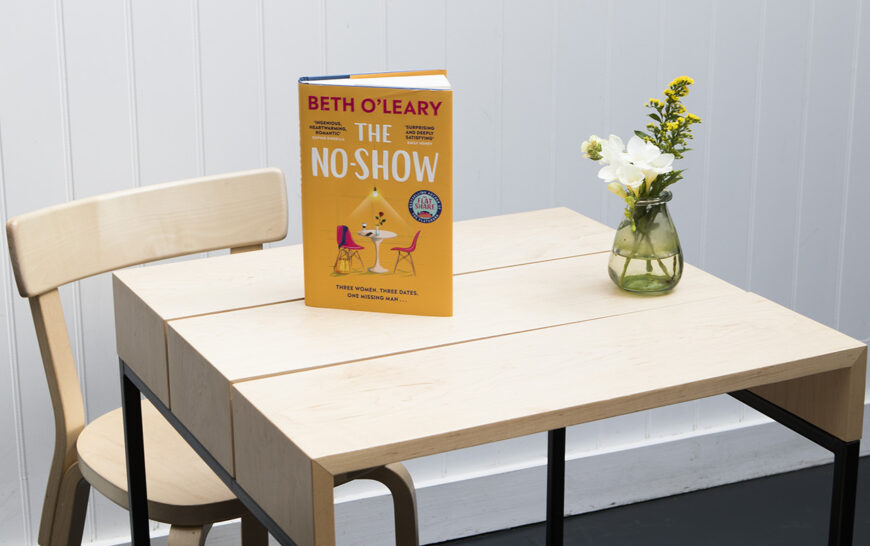