Without a doubt the most harrowing book club to date, My Dark Vanessa by Kate Elizabeth Russell is a novel that we were equally frightened to open and compelled to finish.

Billed as the most controversial book of the year, it examines the devastating effects of a sexual relationship between a fifteen-year-old girl and her teacher.

To the reader, the teacher is a textbook predator but to the young vulnerable protagonist, Vanessa, “to be groomed is to be loved and handled like a precious, delicate thing.”

You begin to see what made this month’s novel such a dark and disturbing read. Find out all our thoughts and feelings in the gallery below!

All he did was fall in love with me and the world turned him into a monster.

An era-defining novel about the relationship between a fifteen-year-old girl and her teacher.

Vanessa Wye was fifteen-years-old when she first had sex with her English teacher.

She is now thirty-two and in the storm of allegations against powerful men in 2017, the teacher, Jacob Strane, has just been accused of sexual abuse by another former student.

Vanessa is horrified by this news, because she is quite certain that the relationship she had with Strane wasn’t abuse. It was love. She’s sure of that.

Forced to rethink her past, to revisit everything that happened, Vanessa has to redefine the great love story of her life – her great sexual awakening – as rape. Now she must deal with the possibility that she might be a victim, and just one of many.

Nuanced, uncomfortable, bold and powerful, My Dark Vanessa goes straight to the heart of some of the most complex issues our age. 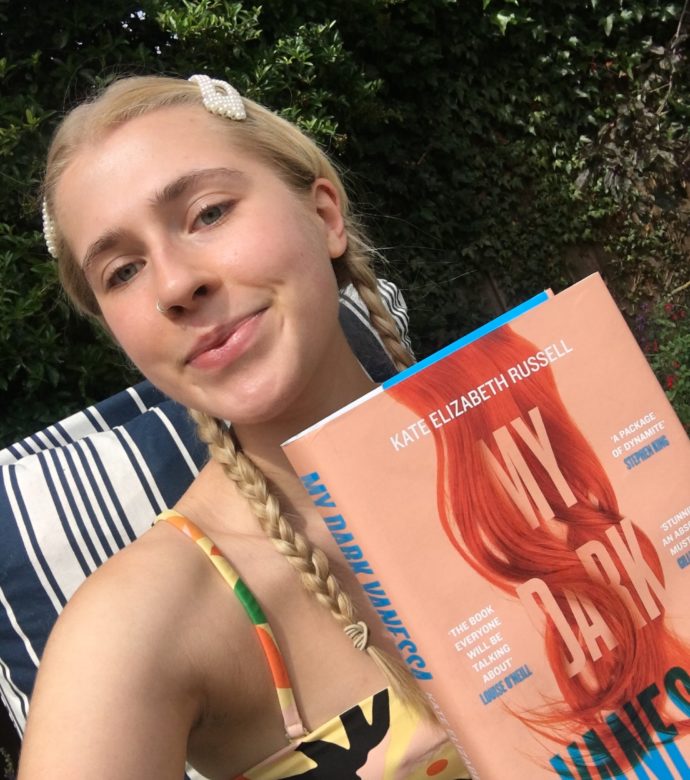 It feels odd to talk so highly of a book that shouldn’t be ‘enjoyable’ to read, but for some reason, I felt a real connection to Vanessa and invested in her journey as if she were a friend.

Oftentimes I find when a book flit between the past and the present it doesn’t always add much to the storyline, but in this case, I think the ability to see toxic habits and behaviours come up, again and again, was so valuable in demonstrating the often lifelong impacts of trauma. It really hammered home how even the most fleeting moments in adolescence can go on to impact the course of your life. The tale is a gritty and hard-hitting one, but despite its intenseness, the final chapters left me feeling hopeful and reassured that there is always potential for progress and growth, no matter the circumstances.

Despite having never experienced anything similar to what Vanessa went through, I couldn’t help but feel that Russel’s words summed up so perfectly the confusion, guilt and emotional exhaustion that comes with an abusive power dynamic and the heaviness this places on you day in and day out. This book made me think and has truly left a lasting impact on me. I couldn’t recommend it more highly. 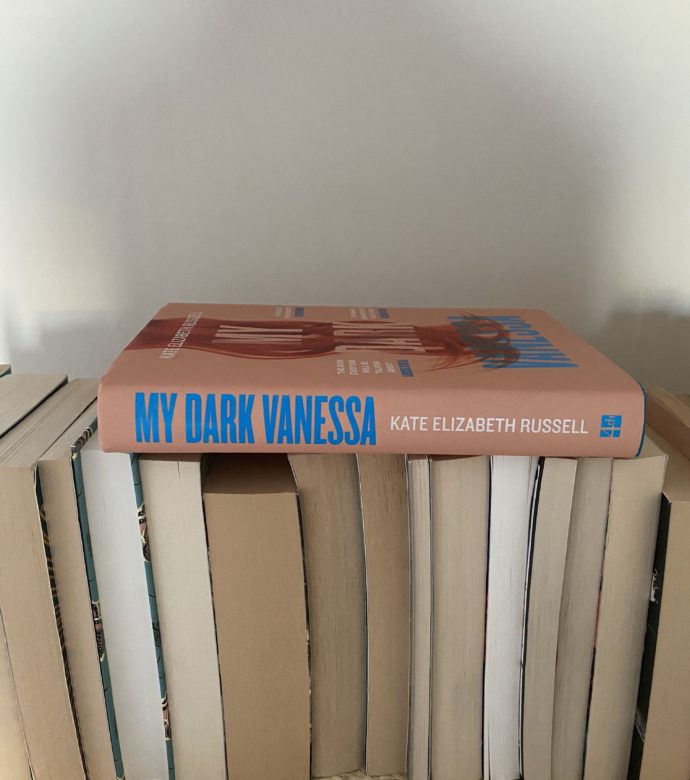 Like the itch you can’t stop scratching, My Dark Vanessa was a story I could not leave alone, even if I wanted to. I wanted to both escape the story and see how it all ends. Kate Elizabeth Russell doesn’t tiptoe around the pitch-black subject matter and this all-consuming novel more than lives up to the darkness its title alludes to. It explores themes of sexual abuse, paedophilia and trauma with such skill and intelligence, that continuing to read it seems like the only way you can stand with the protagonist, Vanessa.

Possibly not the feel-good read we’re all jonesing for during these turbulent times but its literary pull is so powerful that putting it down seems like an injustice in itself. It’s uncomfortable because it has to be. It will destroy you.

Would you recommend: Definitely!
Rating 5/5 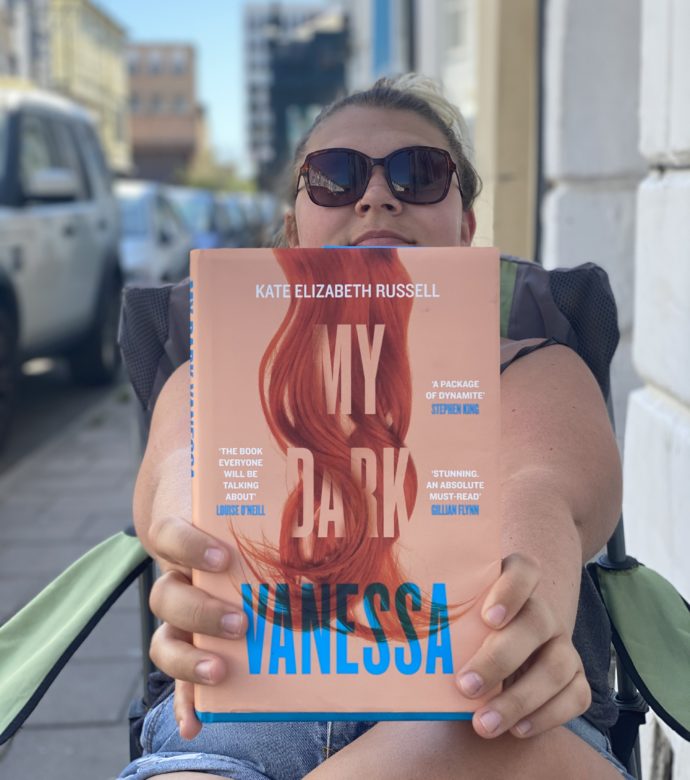 I’m trying not to read the blurbs before I start a book because I sometimes feel like it gives too much away, but I regret that this time. It was brilliantly written but took me a long time to read. Kate paints such a vivid picture and my heart ached for Vanessa all through the book. So much that I found myself avoiding reading it. It was so interesting and will give a voice to so many people but I honestly don’t think there’s one part of the book where you don’t feel helplessly desperate. I did love the ending, it offered us some closure but I just wanted a happy ending, which I know is a somewhat unrealistic outcome. Great read! 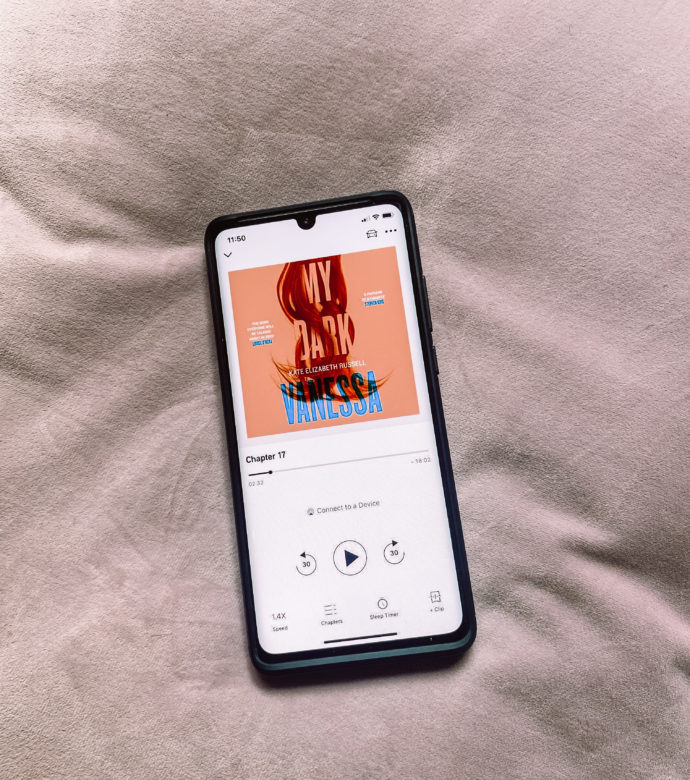 WOW. What an incredibly intense and interesting book. It was so
seeing such a different side of abuse and trauma, and one that is quite possibly the most common. The MeToo movement was such an incredible catalyst for change but MDV shines a light in places I hadn’t thought about before which makes it such a compelling story. I loved that the book jumped between two time frames, it was so well placed and I was always excited to catch up with both Vanessa’s stories. I admittedly was swept up in the romance of Vanessa and Strane until it got sexual and from that point on I was so aware of how he groomed her and manipulated her and took advantage of her. Strane is just as complex as Vanessa, knowing what he is, knowing that it’s wrong, trying to limit the damage but his character evolves in such a way that I too ended up feeling betrayed by him. Usually, I pick up feel-good books but I’m so glad that I listened to MDV as it really made me think and stayed with me after which is a true testament to a great story.

Would you recommend? Definitely but with a trigger warning
Rating: 5/5 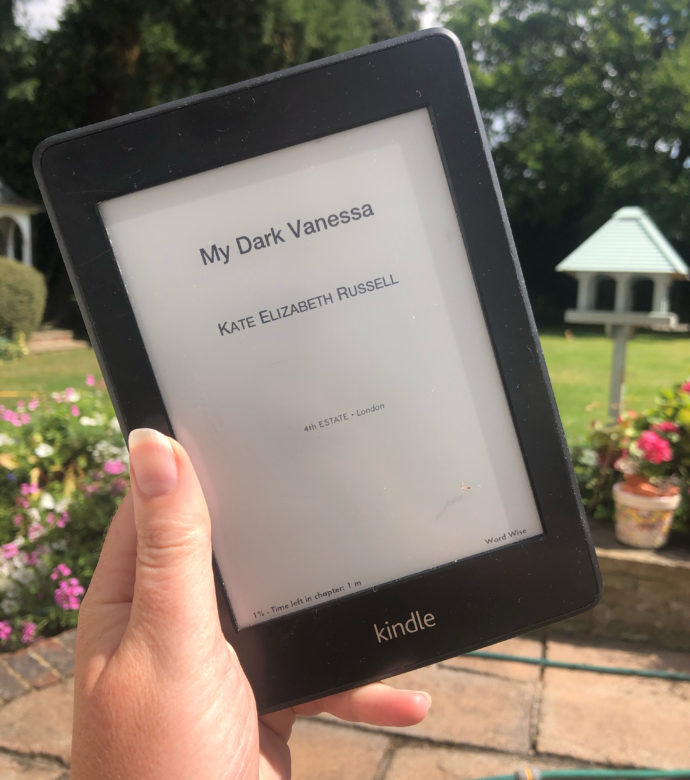 I found this book incredibly uncomfortable and at times disturbing to read but that didn’t stop it being one of the biggest page-turners I’ve read this year. The story follows the books narrator Vanessa at various points in her life. As a quiet, friendless 15-year-old budding poet entering into a relationship with her 42-year-old teacher up until present day where she is in her early thirties and finally opening up about the trauma of her past. Despite Vanessa’s insistence that there was love and kindness between them, to me this story is so clearly one of child abuse and the damage such abuse can cause to its victims long after they stop being children. I found it truly heartbreaking how manipulated and brainwashed Vanessa was and how that experience scarred her well into adulthood. It’s a very powerful and difficult read. 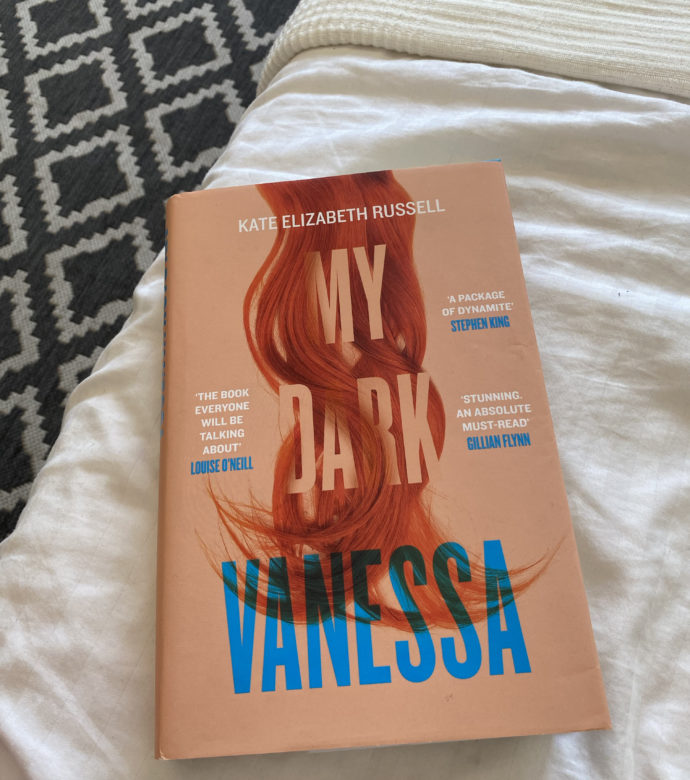 My Dark Vanessa is one of those books that grips you from the beginning, I was invested in not only Vanessa’s story but finding out what happens to Strane too.

This book is an uncomfortable, but informative read. I have never read a book which delves into the honest and difficult dynamics between an abuser and their victim, where the victim does not see the abuse but see’s it as their first experience with love in an adult relationship.

Throughout reading I longed for seeing Vanessa getting some type of justice, I think this is why it was so hard to put down. Every page I turned I thought “maybe now she will see the truth, maybe now Strane will get what he deserves”. Although the book doesn’t necessarily end with justice, Vanessa finds peace with what happened to her and that in itself is incredible.

I would highly recommend this book!

Would you recommend: Yes!
Rating: 5/5 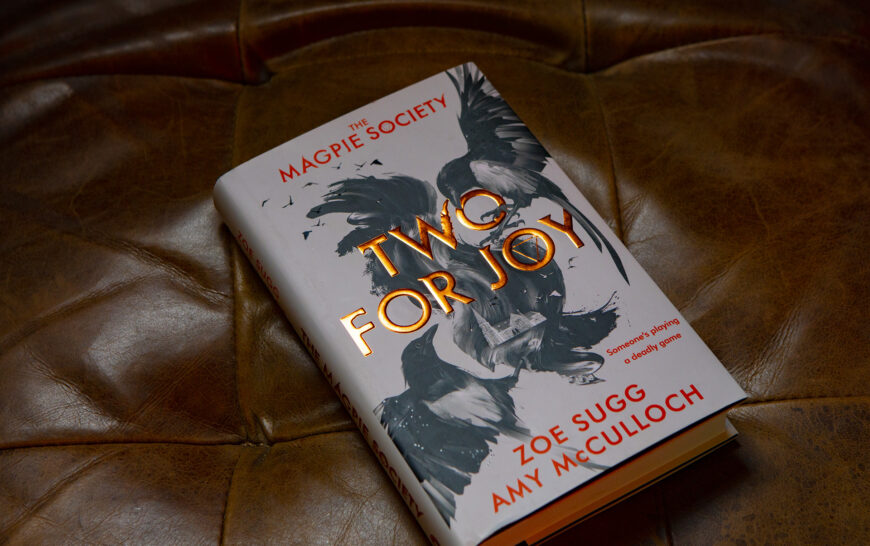 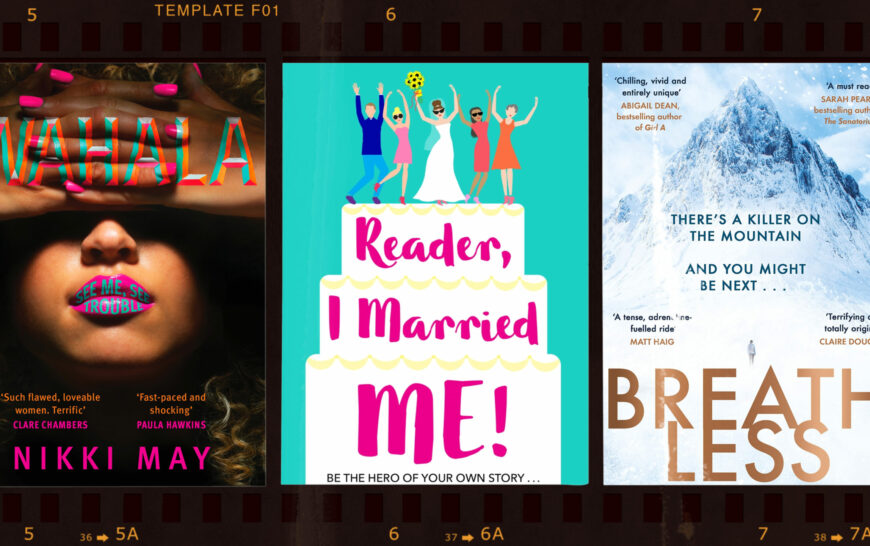 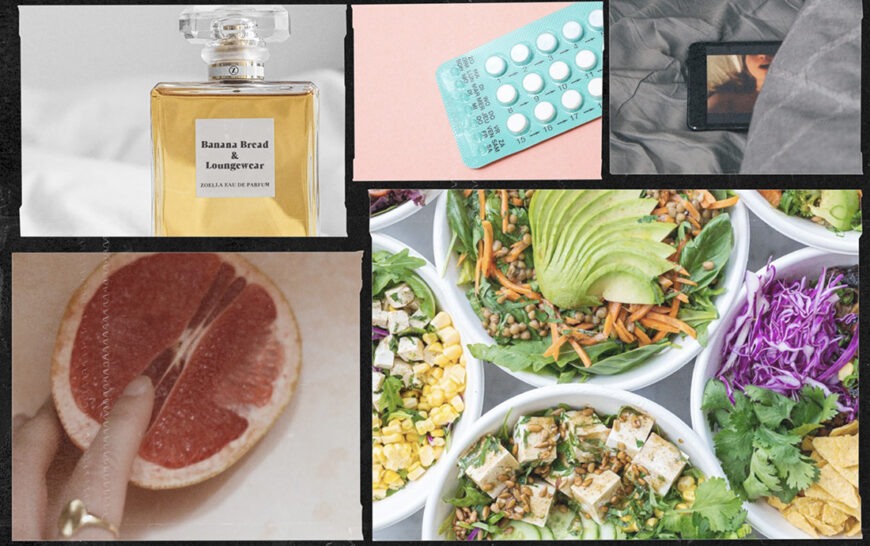 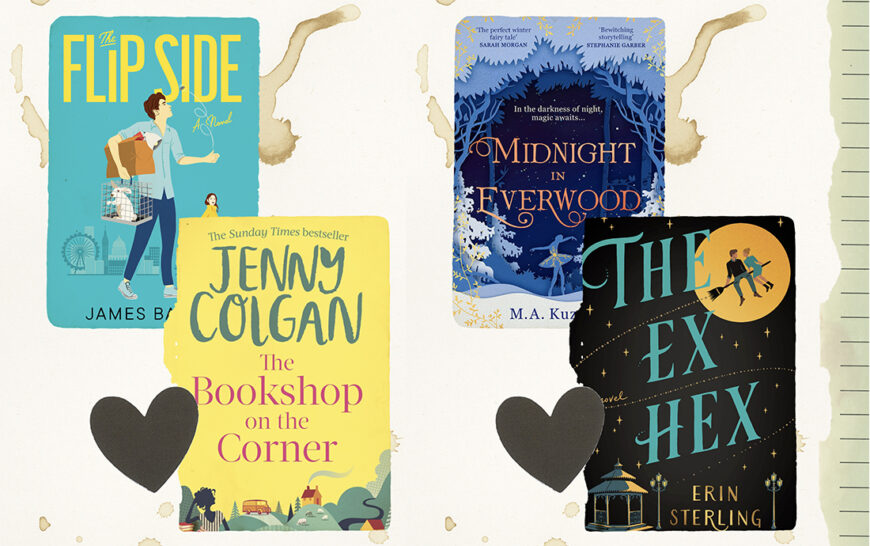