Set in post-Windrush London, This Lovely City could just as easily have been called This Lonely City as Hare writes a poignant story of young love, shameful prejudice and belonging.

A soaring debut set in the past but with disturbingly accurate contemporary resonance. Let’s find out what the team made of it!

The drinks are flowing. The music is playing. But the party can’t last.
With the Blitz over and London reeling from war, jazz musician Lawrie Matthews has answered England’s call for help. Fresh off the Empire Windrush, he’s taken a tiny room in south London lodgings and has fallen in love with the girl next door. Touring Soho’s music halls by night, pacing the streets as a postman by day, Lawrie has poured his heart into his new home – and it’s alive with possibility. Until, one morning, he makes a terrible discovery. As the local community rallies, fingers of blame are pointed at those who had recently been welcomed with open arms. And, before long, the newest arrivals become the prime suspects in a tragedy which threatens to tear the city apart.

Atmospheric, poignant and compelling, Louise Hare’s debut shows that new arrivals have always been the prime suspects. But, also, that there is always hope. 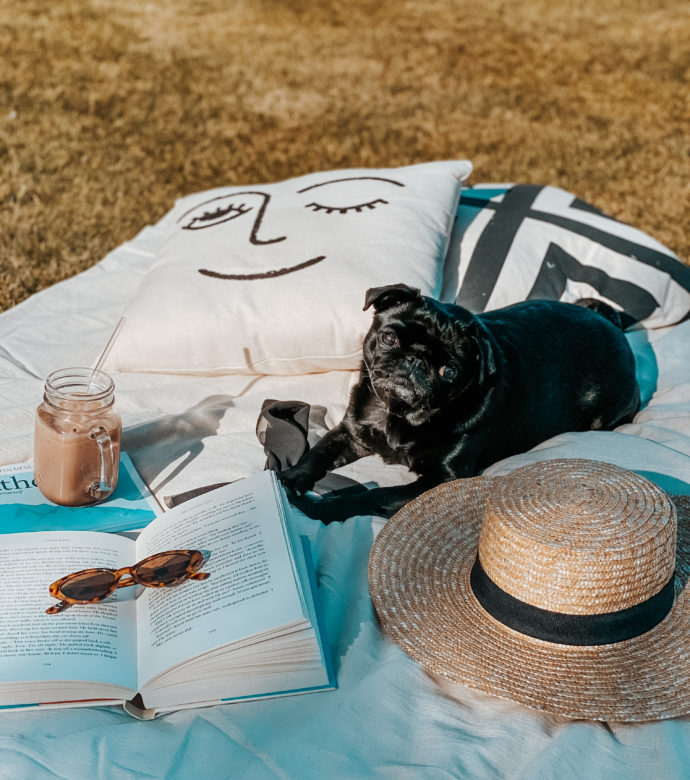 I was excited to get stuck into this book, as a lot of the novels I tend to read, and a lot of the books we’ve had in the book club previously have been set in a more modern era. This is set in London in the late 1940’s post-war Britain, and instantly my imagination is ignited by Louise’s descriptions and atmospheric writing. This book could be described as a murder mystery (something that I was instantly the most drawn to), however, it has a much more educational and poignant element, following Lawrie & Evie and their experiences that are a product of racism during this particular time. Although really sad and quite shocking in parts, it was also intertwined with hope, emotion and fun-loving moments too. Overall the book was thought-provoking and had twists I couldn’t predict which is a big plus for me! A definite read for right now, it makes me sad that the racism Lawrie and Evie face in the 1940s/1950s is still alive today all over the world. 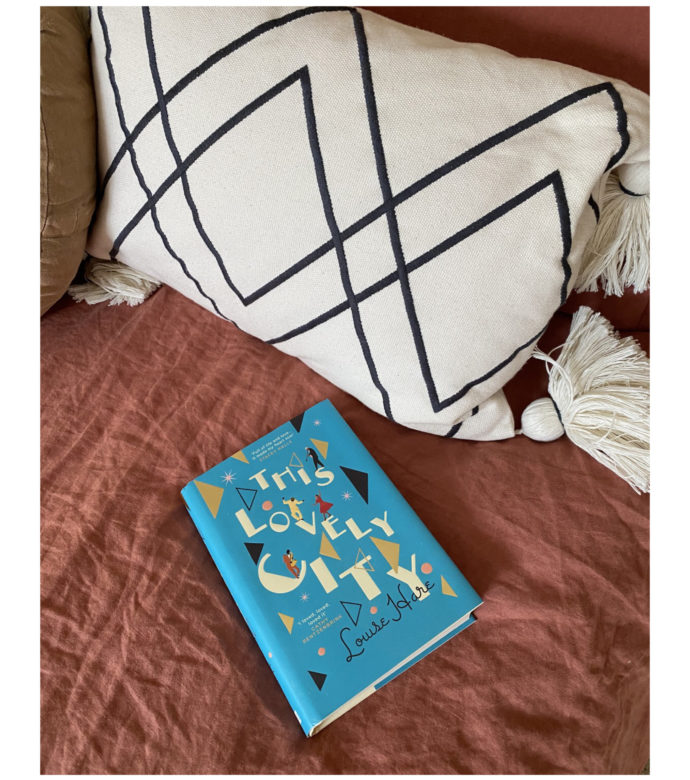 What a remarkable debut from Louise Hare. After reading a couple of dark and gritty books recently, This Lovely City’s leisurely pace and authentic characters gave me an opportunity to catch my breath, or so I naively thought as I pored over the first few chapters. I was utterly invested in Lawrie and Evie’s blossoming love story and captivated by the descriptions of their world. That said, this is so much more than a romance novel. Hare doesn’t shy away from the harsh and horrific truths of racism in a post-war 1950s Britain, and alongside the girl-next-door mystery and the jazz-filled music halls, you can’t help but feel desperately uncomfortable and enraged by the abuse and discrimination the Windrush generation had to endure. The lighthearted cover will lull you into a false sense of security but don’t be fooled, Hare’s bright and glossy novel will fill you with shame, dread and hope in equal measure. It’s not always such a lovely city after all! 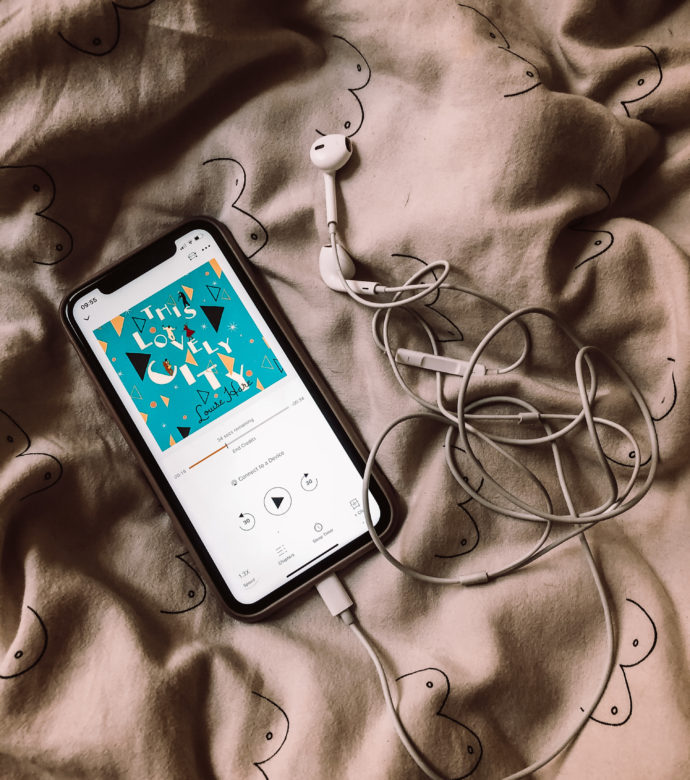 I’ve tried to write my review for this book a few times and it’s so hard to put into words how it made me feel. We chose to read This Lovely City in May at the start of the year and tend to pick our book club books in chunks. Picking up This Lovely City this month was hard, but I’ll get to the reason why later. It’s a beautiful novel with so many really lovely qualities and a murder mystery thrown in, so really what’s not to love? The book is featured around an absolute gentleman named Laurie; he is one of many of the Windrush immigrants who came over in post-war Britain to help with labour shortages. He has a relationship with a girl called Evie who is mixed race and has lived in London her whole life. As someone who used to live in London, I adored picturing them both in jazz clubs in Soho in 1948 and 1950 (the story flits between the two). As always, I listened to this book on audible, I loved the accents and the music but some of the awful racism and prejudice that the characters faced made me audibly gasp, and during the current climate, I was left feeling a bit hopeless and thinking WTF has changed? But that’s the point isn’t it, to get angry, to get frustrated and to get things changed. Something we’ve been doing so much more of this month. This book is important, it’s important to know how terrible people were treated when they came to the UK, why none of this was ever taught in school and why we need to start changing the discourse and education from only learning about the strife and success of white people.

Rating- 4/5
Would you recommend it? Definitely
Would you read it again? Yes, I think I would 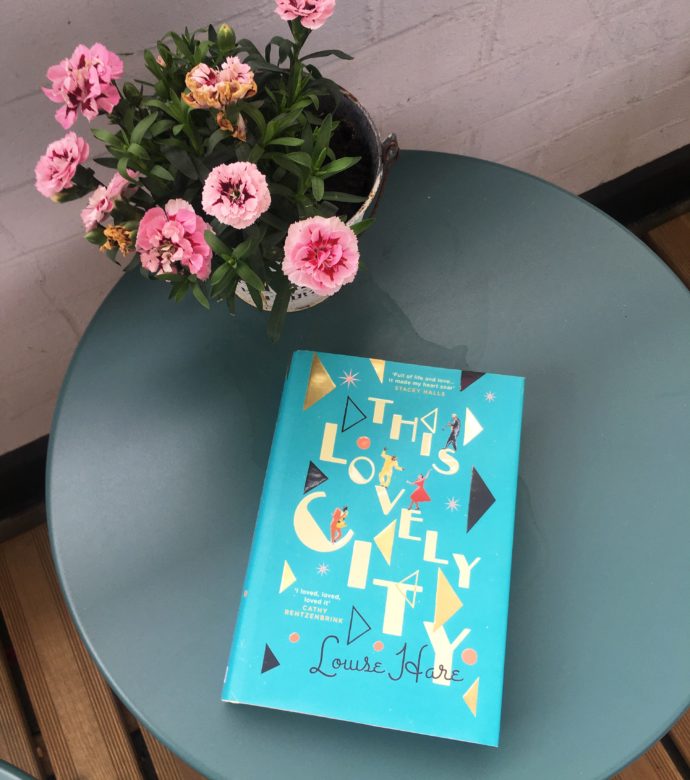 I love a book set in or around war time, so the 1950 London backdrop was already something I knew I’d love about this story. I really enjoyed the parallels of the two main characters and found myself attached and invested in both of their outcomes- the detail and pace throughout the book means you really have time for this relationship to develop. I loved how the book explored so many issues prevalent at that time, and felt like it built a clear picture of how sexism and racism manifested in every day life. The successes and failings of every character largely stemmed from these two defining factors of life in the 50s. I really enjoyed the story up until the ending/big reveal, which felt rushed in comparison to the otherwise slower pace of the rest of the book. I don’t feel like the twist was all that realistic or fitting with the remainder of the story, so that was slightly disappointing. I did however love the final chapter which went forward in time, and found that did in fact answer a few questions and gave some closure on the previous events. Overall I’d definitely recommend it! 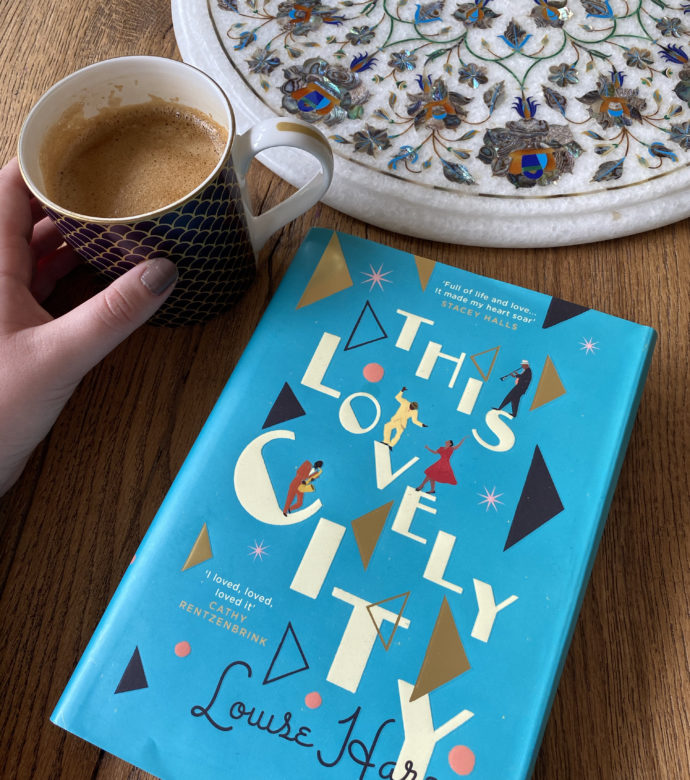 As a slow reader I am always one of the last to finish the book, normally coming right up to the cusp of us reviewing it. So, I have read majority of this book in the past week. I’ll add why that is important at the end. I thoroughly enjoyed every page of this book, following the developing love story between Evie and Lawrie. It really gives you an insight into the late 1940’s, socially and politically. The book has a murder mystery intertwined, with Lawrie and Evie more involved than they both realised. The book was a slow burner but I really enjoyed this as I felt like I got to learn about all the characters in depth. I was surprised by the ending, I didn’t imagine it to play out how it did, but I liked the twist. The ending happened quite quickly and I would have liked it to have played out more in depth like the rest of the book. Now going back to my first point, the book is centred around the Windrush immigrants who came over to help Britain after the war, with Lawrie coming over to London in 1948. The racism and prejudice they had to endure was difficult to read, difficult as I read the book and wondered how so much of this still plays in our society today. How it can be 2020, the week I am reading the book, a man is killed in America because of his skin colour. That this is happening monthly, even weekly. I felt sad and angry, I want so desperately to make a difference where I can, to learn more and educate myself on my own white privilege. I hope the events this week are a catalyst for change, this cannot go on any longer. 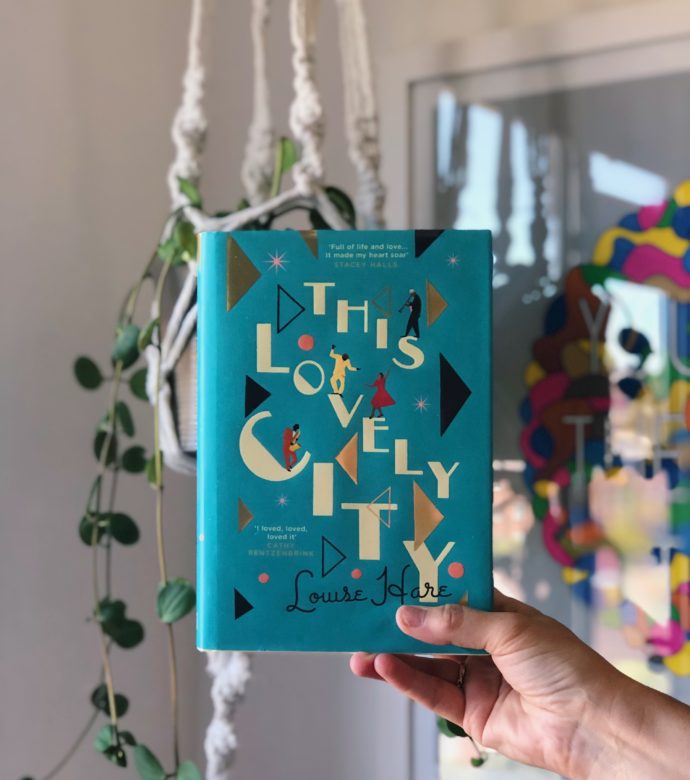 Well, this one started with a bang! From the first few pages I was pretty engrossed. I love history and am so interested in the 40’s/50’s anyway so knew I’d like this one. I loved the two main characters, Lawrie and Evie, and I loved the realness of the story as well as the themes; racism, sexism and just how backwards the world was back then. Which is why I was a bit disappointed with the ending. The whole book was very factual and I found it so easy to imagine living in those times but I just found the ending a tad unbelievable. That being said, the actual ending, as in where they skip to 6 months time is perfect and had me crying. I did really enjoy ‘This lovely City’ and would 100% recommend it. 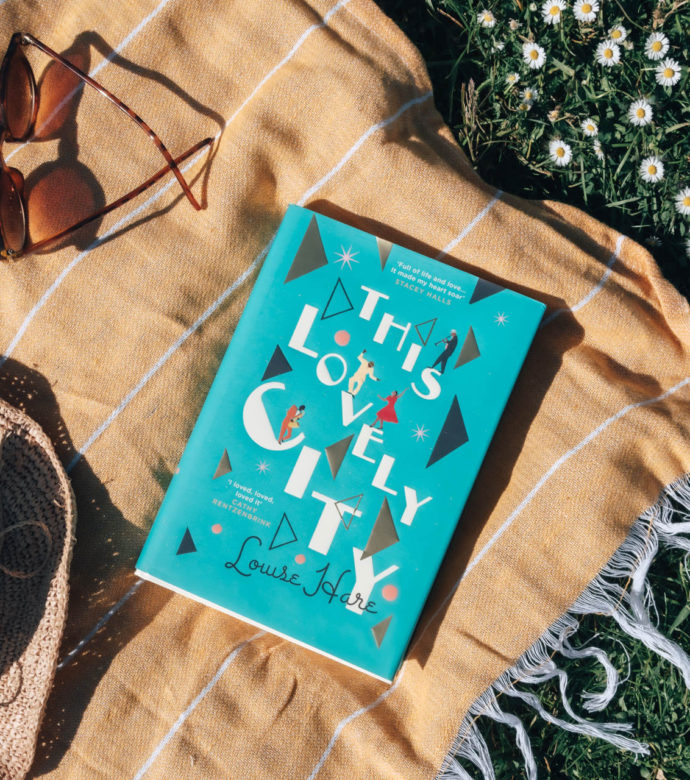 I didn’t know what to expect when I started reading This Lovely City (I don’t think the cover gives much away), but I was captivated by this heart-wrenching, deeply moving story. Lawrie is one of the ‘Windrush generation’, a Jamaican immigrant who arrives in London in the aftermath of the Second World War who works as a postman and as a musician in various jazz clubs around the city. He suffers from the racist actions of the police and local community when a mixed-race baby is found in the waters of Clapham Common, which threatens not only his safety in his new home, but his chance at love with his neighbour Evie. I thought Louise Hare did an incredible job at describing the atmosphere of the time, and I was transported to post-war Britain. I live currently in South London so many of the locations were familiar to me – and yet she unearthed so much of the history and stories that are often buried or forgotten. A wonderful read – and although I read this on my Kindle, I’ve ordered a hardcover of this beautiful book for my shelves.

This June we’ll be reading two books, The Switch by Beth O’Leary and Why I’m No Longer Talking To White People About Race by Reni Eddo-Lodge

I really love this book recommendation!

Loved this! thanks for sharing 🙂