When Korede’s dinner is interrupted one night by a distress call from her sister, Ayoola, she knows what’s expected of her: bleach, rubber gloves, nerves of steel and a strong stomach. This will be the third boyfriend Ayoola’s dispatched in, quote, self-defence and the third mess that her lethal little sibling has left Korede to clear away. She should probably go to the police for the good of the menfolk of Nigeria, but she loves her sister and, as they say, family always comes first.

Until that is, Ayoola starts dating the fit doctor where Korede works as a nurse. Korede’s long been in love with him, and isn’t prepared to see him wind up with a knife in his back: but to save one would mean sacrificing the other… 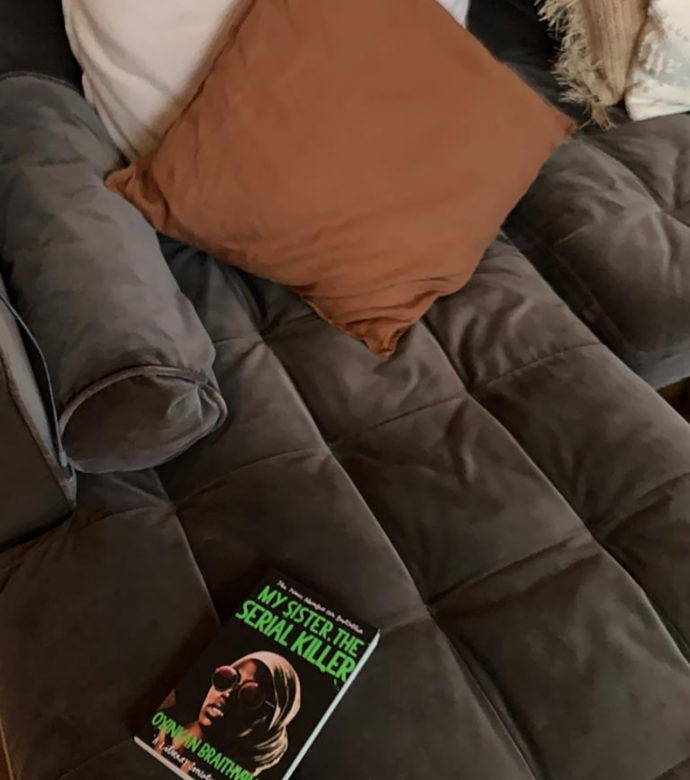 After hearing so many great things about this book, I was pumped to get stuck in. I loved that Oyinkan Braithwaite chose to centre the plot on two sisters with a sinister secret and despite the titillating name, it’s less interested in becoming the crime thriller of the decade. The opening chapters set it up to be a suspenseful and disturbing read but perhaps that would be all too predictable, instead Braithwaite hones in on sibling rivalry, loyalty, abuse and sexism. I don’t think it’s for everyone and personally, I prefer a thriller with a BIG old sting but if you love fast-paced chapters, dry sardonic humour with a bit of blood thrown in for good measure, pick it up! 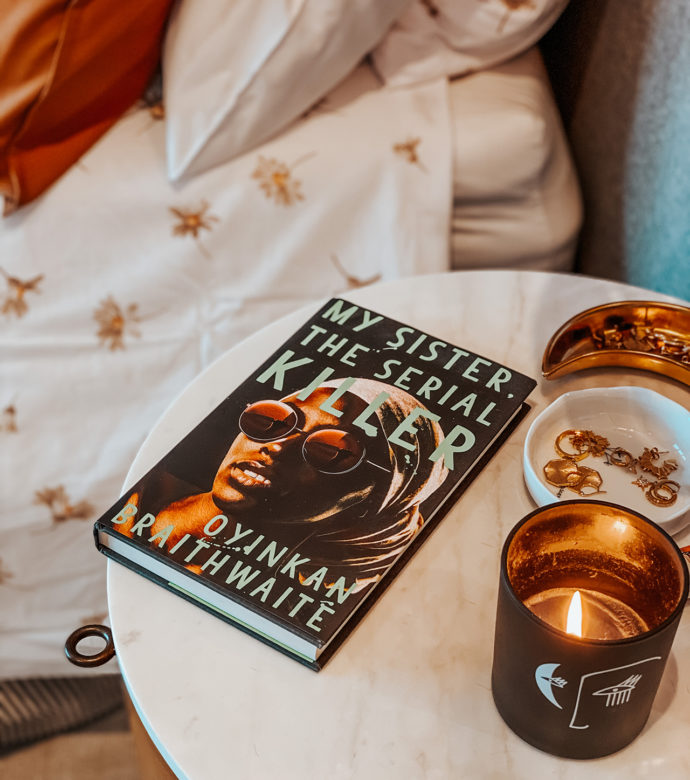 I actually read this last year after seeing so many rave reviews. I love me a thriller so opened the first page with excitement and bated breath expecting something really gritty with added humour. Although I DID enjoy this book, I wanted a little more. I think my imagination and love of horror and crime documentaries meant my thought process always went that little bit extra than the actual storyline and it fell a little flat for me. I did however love the dark humour, the characters, the overall plot and the fact that the story is very fast paced, I prefer when a book gets straight to the point. I also like that Oyinkan Braithwaite makes us question certain topics like social media and sisterhood. How far would you go for your sibling? Overall, I did enjoy this book, but it fell a little flat for me in the “thriller” sense and wanted something a little more twisted and dark but If you prefer your crime reads to be a little less scary, then you will LOVE THIS. 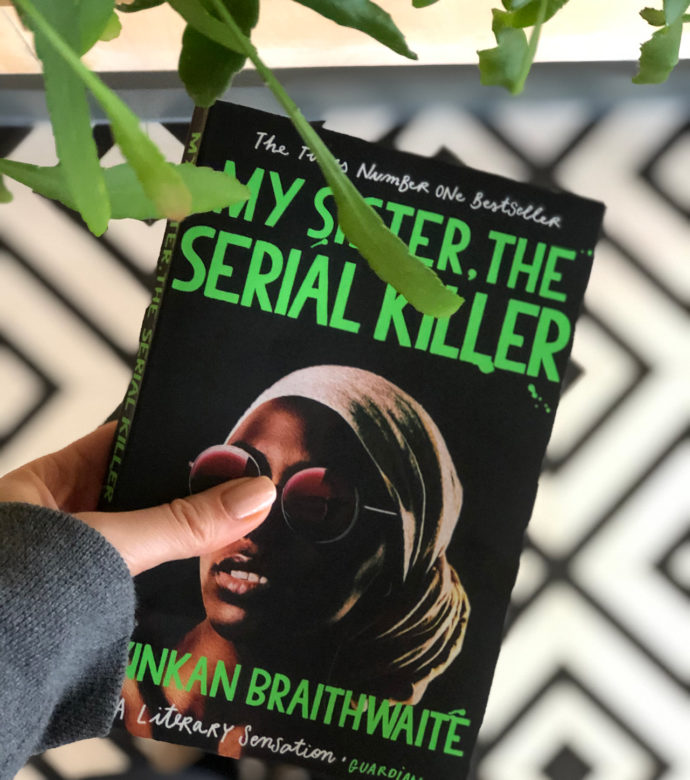 I really enjoyed how the story of Korede and her sister was told, it pulls you in with these small insights into their daily life and how Ayoola’s actions have almost become the norm. It’s a really interesting look at relationships and the complexities of what is morally right and how much you can overlook because of family ties. Whilst the ending may not be the crescendo most would hope for, I think it’s expected and still a fitting end to this story. 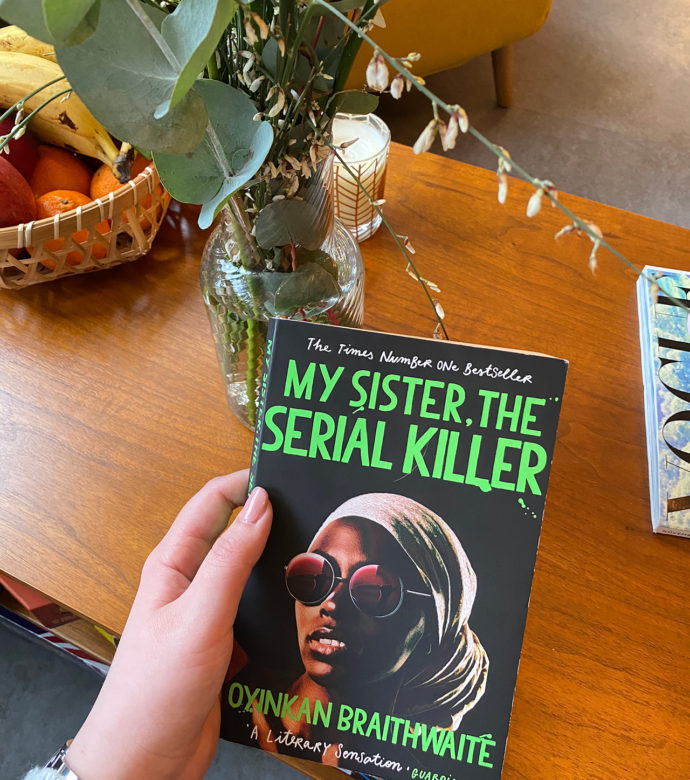 I really enjoyed reading this book, I found I got through it quickly and wanted to keep picking it up which is always a sign of a good book. This book is a snapshot in time, so if you are someone who likes a book with a firm ‘beginning, middle and end’, you might not be the biggest fan of this one. I however really enjoyed the style of writing, after reading you are left wanting to know more and can only imagine what ‘could have’ happened. The book made me really feel for both Korede and her sister, that their childhood traumas have really effected them in later life, which showed why their bond was so unbreakable. I do wish the ending had a bit more oomph to it, but I guess again it goes back to the sisterly bond they have, Korede was always going to stick by her sister. 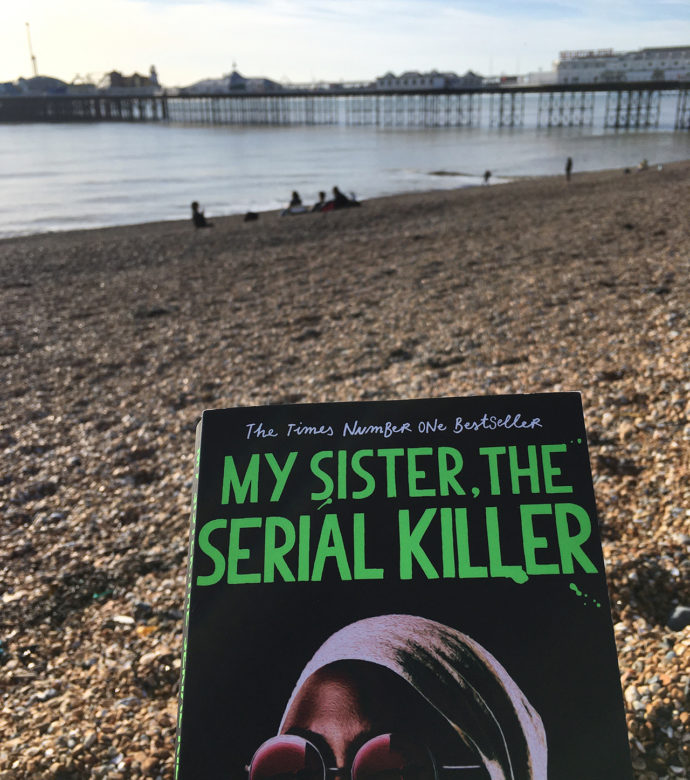 I really enjoyed this book and found it super easy to get into. I was intrigued by the storyline from the get-go so it was definitely a page turner in that sense, and the fact it was relatively short meant it wasn’t an overwhelming one to pick up on your lunch break like some more hefty novels.

I really enjoyed that the story was set in Lagos and it’s prompted me to look for more books that are set outside of the UK or USA, which seems to be the theme of my other recent reads. I enjoyed hearing the story from the protagonist’s perspective but found she was one of the only likeable characters which did make for a frustrating read. The ending could definitely have been more dramatic and continued to share the aftermath of the events rather than finishing the way it did, but equally I understand the writers decision to close the story in that way as it confirmed the suspicions of the reader and characters unwillingness to change. Overall it was an enjoyable read but not one I’d pick back up again in a hurry! 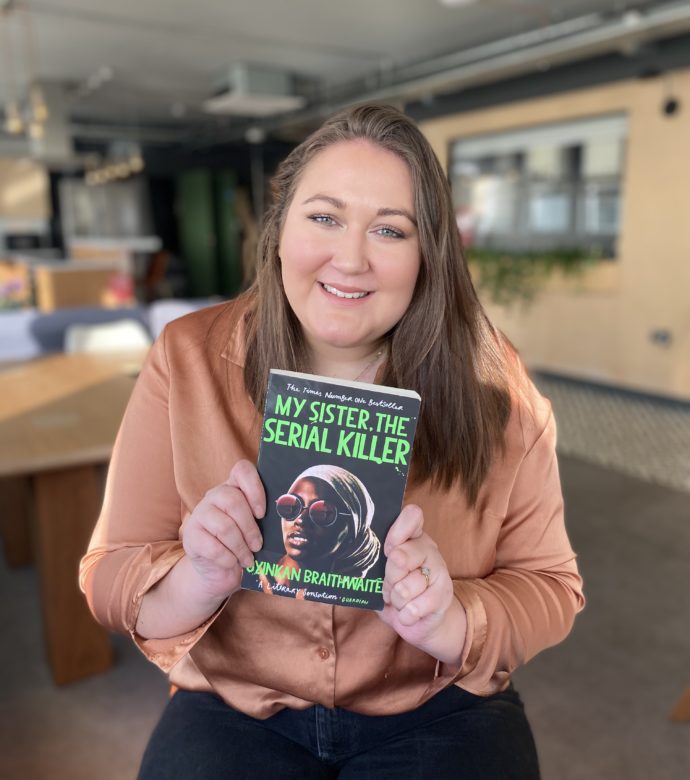 I really enjoyed the way this was written, I liked the short chapters pushing the narrative forward quickly, there was also some really lovely descriptive parts without them dominating the book. I LOVED picturing modern Lagos with YouTube tutorials and Instagram influencers especially juxtaposed with the crime and corruption that is still so rife there. I felt sorry for Korede and really related to her having such a beautiful sister with a fab body, except my sister is amazing and also doesn’t kill people (Love you April!) My heart always aches for characters who don’t really have anyone to confide in and talk to, I wish she would have found more of a life long friend in Mutar. I agree with the others on the ending but I also think her actions were realistic, she was in too deep! I don’t think Korede truly understood quite how manipulative and dangerous her sister was as it seemed like she had started to believe her lies by the end.

Would you recommend? Yes, please read it!
Would you read again? I listened to this one but I could see myself picking it up to read on a holiday 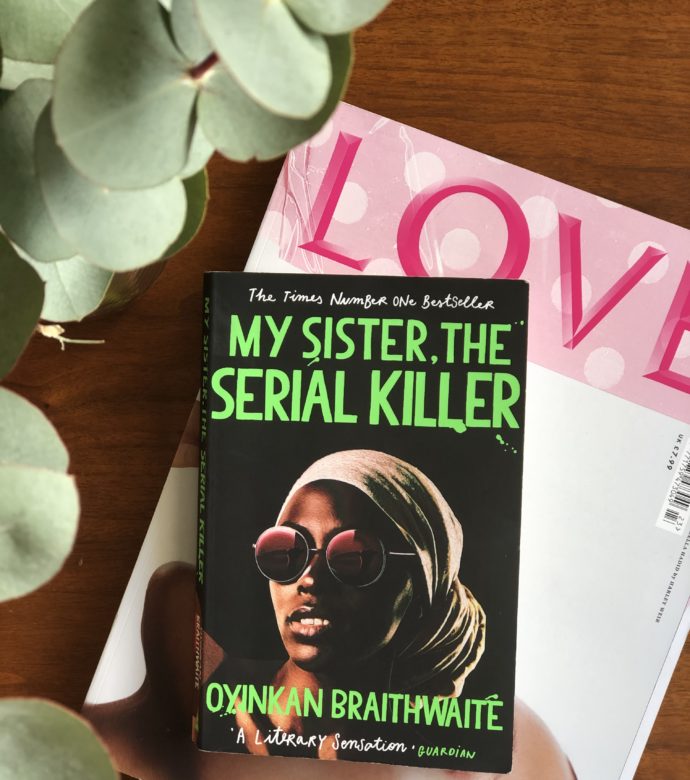 This book is chopped up into tiny bite sized chapters that flip between the past and present day lives of two sisters who live in Lagos, Nigeria. With each childhood flash-back you start to understand that the violence and oppression they endured from their father was part of normal everyday life for them growing up. With that comes greater context into their personalities, behaviours and in particular their relationships with men as adult women. Obvious serial killer storyline aside, the resounding theme of the book that stood out most to me is that the sisters, in their own way, through thick and thin, are always there for each other. It’s an incredibly quick read and it’s probably not a book I would have picked up myself so it was a nice change of pace from my usual go to. Would recommend. 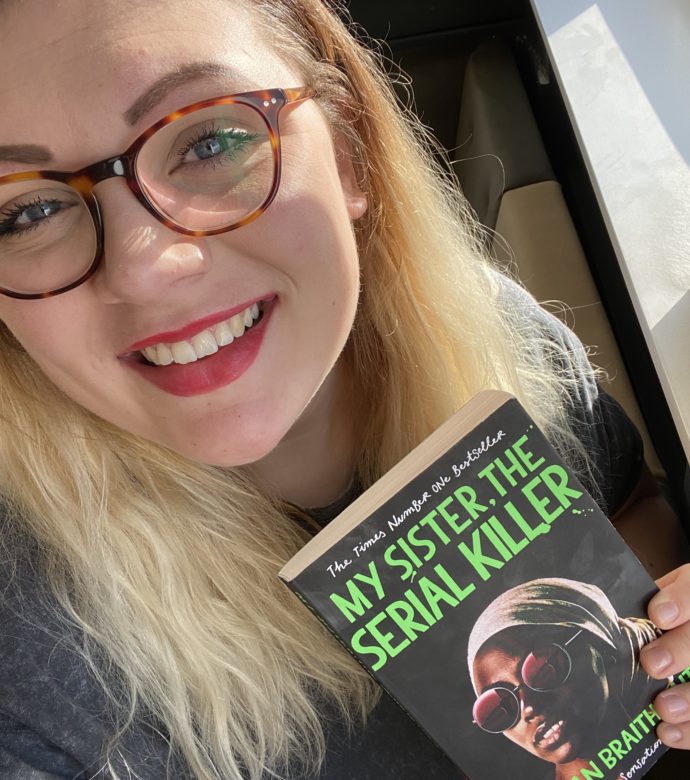 I honestly couldn’t tell you if I enjoyed this book or not, I’m so conflicted. I loved that the two main protagonists are women and that it’s set in Nigeria. I thought Oyinkan Braithwaite did a great job of setting the scene and I got very engrossed quickly. But as soon as I had painted a vivid picture in my head, the chapter would end. Frustrating! I also would have loved to know more about the first murders. About 2/3 of the way in I got in the flow and the short chapters didn’t bother me but then the ending was so anticlimactic. Surely there has to be a second book?!
A great book for someone that’s not an avid reader or has a short attention span but if you love getting stuck in, this might not be the one for you.

Rating: 2.5/5
Would you recommend? Unsure (depends on who to)
Would I read again? No

Did you read along with us? We’d love to hear what you made of it!

What is the book for february?

Such a Fun Age by Kiley Reid!

Enjoyed the book so much!

I personally did not like the book. It felt like you really did not get much character development besides a few flashbacks and it felt like it ended abruptly. Other than that I liked the length and thought it was easy to follow along.

Read it in two days. I felt like it was to fast the story, it was to easy to read. I wish it was longer, that there where more details. It just felt dry. 😞

I liked reading this book but I was expecting more “crimes” to happen. I thought it was going to be more like a thriller. Over all I liked the book but I expected more from it. The ending disappointed me a bit.