From the tear-jerkers to the cheesy singalongs, here’s a look at the campaigns that have stolen our hearts, so far.

That tubby little Santa with the red nose is the one we all pictured when we were growing up and he’s still pulling on our blooming heartstrings all these years later. There’s just something about an animation that just hits us right in the festive feels.

The very first Ikea Christmas ad is here and it’s gone in on the comedy value. The 1:30 minute-long campaign features a couple racked with home shame as they’re faced with the task of hosting their friends for dinner.

Through the medium of rap, the ornaments around the family home come alive and start taunting the couple over the tired curtains, cracks in the walls and toys strewn all over the floor, all to a soundtrack by none other than grime legend, D Double E.

Ikea UK and Ireland county marketing manager, Sarah Green, commented: “Our first Ikea Christmas advert was born from the common feeling, that along with the seasonal joys, a lot of us feel a looming sense of dread when it comes to hosting others, with many of us feeling ashamed of our homes over the Christmas period.

“We believe that every home can and should be worthy of a get-together and that with a little imagination, some clever products and ideas, there’s no reason not to be proud to invite your nearest and dearest over. This campaign aims to inspire us all to get our homes party-ready and ‘Silence the Critics’, once and for all.”

Original, infectious and current, it’s one of our favourites so far. Buda bup bup!

What do you get when you mix snow-lined streets, a lonely bewhiskered old man with a dog and a kind face, and a group of neighbours rallying around to make sure he doesn’t get forgotten this Christmas? Ugly cry faces and loads of snot, that’s what.

Every good Christmas advert needs a heartfelt message and Very’s is a simple but powerful one that hit us right in the cojones.

The all-singing Visa campaign turns our attention on not what we’re buying but rather where we’re buying it from. Featuring 13 real shopkeepers including a butcher, barber, greengrocer, bookseller and florist, it encourages shoppers to support their local independent shops this year. Ain’t nothing like a bit of community spirit to get us in the mood for Christmas.

What is Christmas without a Dickensian twist? Marking the supermarket’s 150th anniversary, the ad follows the story of a young orphan boy known as Nicholas the Sweep.

Wrongly accused of stealing a juicy clementine from the Sainsbury’s stall on Christmas Eve back in 1869, he is banished from the city. But Mary Ann Sainsbury knows he was set up by a wicked felon and sets out to rescue Nicholas from the snow storm.

Upon finding him, she presents him with a sack of their finest produce as a Christmas gift. Nicholas decides he must share his present with his chimney-sweeping friends. When his work is done, he dusts off his red hat and gets back to his reindeer because… that mysterious little lad from humble beginnings is only Father Christmas!

Feel good and full of fun, we love this off-piste Christmas jumper campaign from M&S set to the iconic tune of House of Pain’s Jump Around.

Heralding their charming Winter woollies, the all-dancing ad sees a group of knitwear-clad partygoers, families and colleagues with moves so good it puts our two-step to shame.

No tears here, just plenty of shoulder rolls and lols and we’re here for it!

Ahead of the highly anticipated release of Frozen 2 in cinemas on November 22, Iceland has collaborated with Disney’s best-loved musical fantasy film to create a Christmas ad we won’t be letting go of in a hurry.

The ad begins with a family gathered around the sofa playing charades. A little boy acts out his favourite thing about Christmas using Olaf the cuddly snowman toy as a clue. Eager to join in the guessing game fun, Olaf suddenly comes to life along with Elsa, Anna, Kristoff and Sven.

As the ad closes, we return to the scene with the young boy, Olaf his toy snowman and his family sat round the table enjoying the magic of frozen food.

Huzzah! Dobbies have joined the Christmas ad fray. In a cute 40 second animated clip packed to the rafters with yuletide glee, Dobbie the reindeer and the elves rally round to surprise Santa Claus in time for Christmas.

The ad showcases everything Dobbies has to offer, from trees and dazzling lights to delicious treats and thoughtful gifts – basically all the things you need to make Christmas come together.

This year, the British retailer shows a father sitting at his kitchen table flicking through their eponymous catalogue. He notices his daughter has circled a drum kit and lo and behold, a shiny new kit appears before him.

He starts beating the drums to the tune of Simple Minds, Don’t You – living his best life as any other parent would – before his daughter appears on the stairs, laughing and shaking her head at her silly pa.

A second drum kit materialises and the iconic duo start jamming together. They’re then transported to an arena stage to live out their rock star dreams with a crowd-surfing teddy bear.

It might not be the warm and fuzzy Christmas ad our heartstrings have come to love but it’s a feel-good watch nonetheless.

For the fourth year in a row, Kevin the carrot strikes a Christmassy cord once more as he finds himself in hot water with the Leafy Blinders crew.

Miffed that Kevin has stolen his limelight, Russel Sprout kicks up a stink and ties poor ol’ Kev to a cheese grater. Just as it looks like his fate is peeled and sealed, Tiny Tom gnaws her way through the rope and saves the day. It’s a Christmas miracle!

Off they trot to the Greatest Showman-esque Aldi Christmas show with a stellar performance from the Flying Tra-Peas and of course, our main man Kev himself. Stick a fork in us and smother us with cranberry sauce already, we’re done!

There’s just one question on our lips though, is it or isn’t it Robbie Williams singing the track?

Asda was able to recreate that warm, cosy, magic feeling we get every Christmas with their ad this year. The story features a little girl fetching her Grandads old change jar (classic Grandad) and filling it with some super special festive magic from what appears to be the Northern Lights.

She and her brother then head all around town spreading joyful magic, we’re especially obsessed with the transformation of a maisonette into a gingerbread house and we’ve already looked on Rightmove to see if anyone has managed this magnificent renovation yet!

It’s the one we’ve all been waiting for, the unveiling of the John Lewis ad. Now it’s Christmas! This year’s ad is a joint partnership with Waitrose and tells the heart-warming tale of an accident-prone, fire-breathing dragon named Edgar.

He unintentionally burns down the village tree, melts an ice rink and in turn – our wee hearts, too. The Bastille soundtrack, the budding friendship between child and beast, the festive message. Elton who?

Yeah, do not watch in public.

Which is your favourite this year? 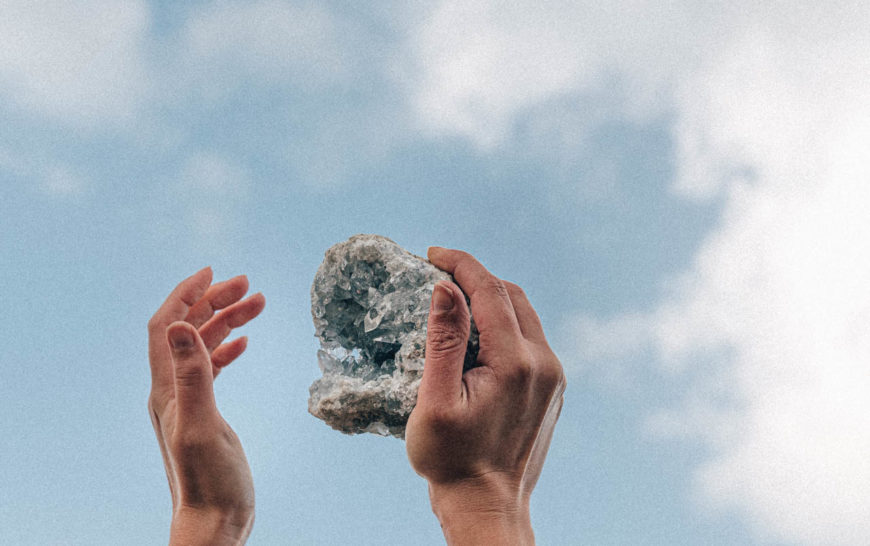 Good Vibrations! An Introduction To Crystal Healing & Manifesting Your Goals 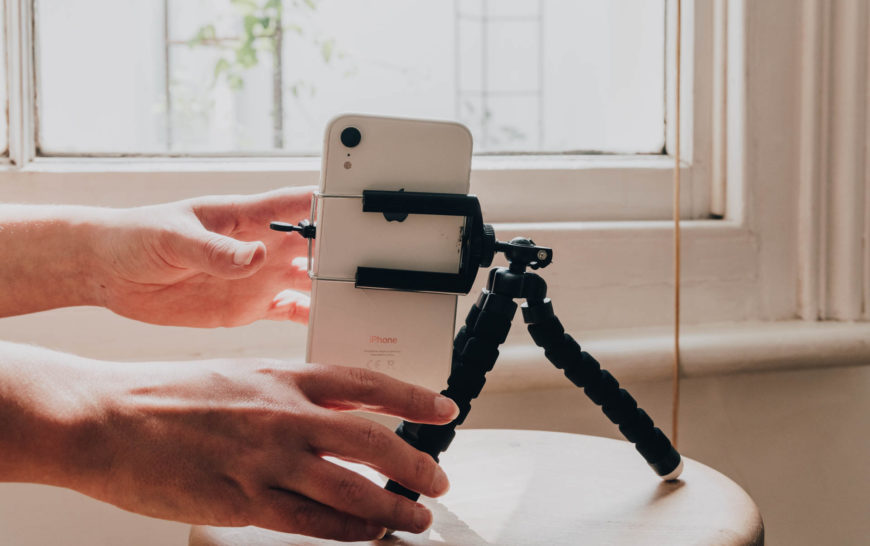 The Art Of Self-Portrait: How To Shoot Photos Of Yourself 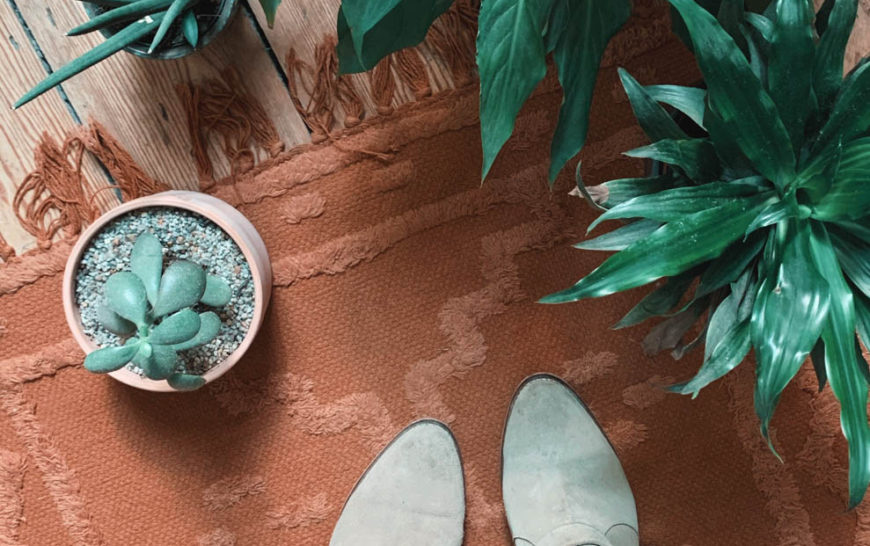 How To Be A Good Houseplant Mum 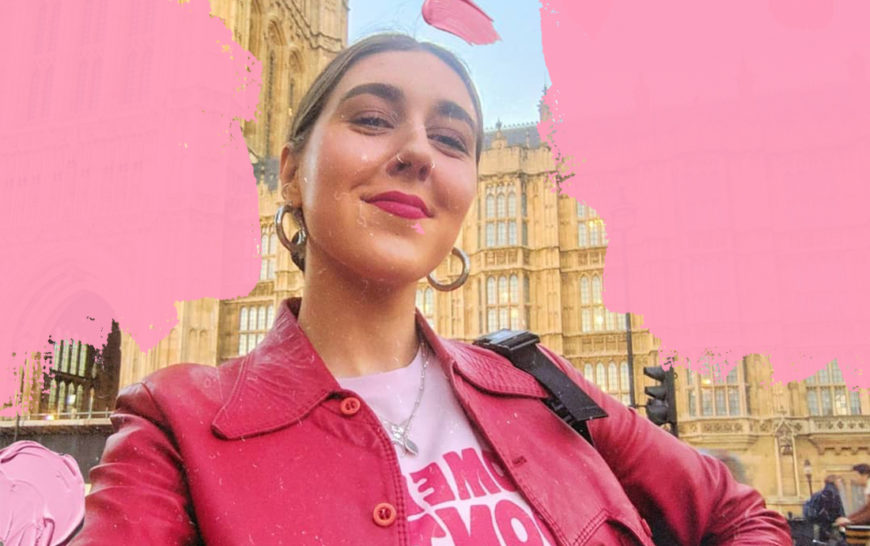 All so cute 🙂
Brianna | https://briannamarielifestyle.com/

The John Lewis one made my heart melt! They pull it off every time! 😊🥰♥️

HELLO I LOVE EDGAR THE DRAGON HES ME LOVE IT!

You are missing McDonald’s, it’s a lovely one!